This product has been discontinued.

We have discontinued this product permanently. Please chat with us for recommendations on alternative products.

Music lover and audio distributor Heinz Lichtenegger partnered with Czech manufacturing company to launch Pro-Ject Audio Systems in early 1990 when vinyl sales were at an all-time low. Since prices were inflated and vinyl inventory was slim, Heinz wanted to create a line of affordable turntables in hopes of reviving vinyl distribution.

Today we’re reviewing one of the best selling turntables in the world: the Debut Carbon (DC). At only $399, it is one of the best values in vinyl playback on the market. The Pro-Ject team continues to refine this model as it was introduced as the Debut, followed by the Debut Carbon, and most recently emerged as the current Debut Carbon (DC). Despite dramatic performance improvements, the price has remained about the same since its introduction in the early 1990s.

The Pro-Ject Debut Carbon (DC) is packaged well in a cardboard box designed to fully protect it during shipping. Setup is a breeze and can be done in about 2-3 minutes, especially when utilizing our custom setup video. We suggest saving the box since it would be the safest way to move your table.

To minimize automatic parts that might adversely affect the sound, the Debut Carbon (DC) is a manual turntable. If you wish to play a 45, simply lift off the platter and move the belt to the 45 pulley, which only takes about 30 seconds. Similarly, you won’t find a device to raise the tonearm at the end of the LP. Instead, you’ll need to pick it up or add on a device like the Q-up.

Danish-based organization Ortofon have been in business since 1918 and continue to produce some of the best performing phono cartridges in the world. The Debut Carbon (DC) immediately scores extra points since it is stocked with a famous Ortofon Red cartridge. These moving magnet cartridges work with any phono stage, have a neutral sound, and their precision stylus tip will not wear out your valuable vinyl LPs.

Many high end sports cars now have an option for carbon fiber components. Carbon fiber is stiff, light, and almost totally immune to resonance. Due to the huge sales volume of the original Debut, the carbon version updated the tonearm to carbon fiber. While you typically only find carbon fiber tonearms on much more expensive models, the Debut Carbon came outfitted with a carbon arm that offered even better stiffness and resonance rejection than the competition.

Maintaining perfect speed is one of the most important aspects of a turntable. While digital playback systems utilize clocks to keep everything in sync, turntables rely on the motor, bearing, and platter to ensure the speed is perfect. When you hear a table with speed that varies a bit, you’ll immediately notice it does not sound anywhere close to live music. The Carbon offered an optional speed box to increase speed stability. Now, with the DC model, a version of the speed box is built directly into the table. Pro-Ject used a generator like the one found in the speed box to drive the AC motor, which perfects speed and reduces vibrations.

While you may experience deeper bass performance from much more expensive tables, the Debut Carbon (DC) holds its own against anything close to its price. You’ll also notice your records sound quieter than they might have on your old, lesser performing table. This is because the carbon arm allows the Ortofon Red to track the grooves of your records without jumping around, resulting in less distortion. 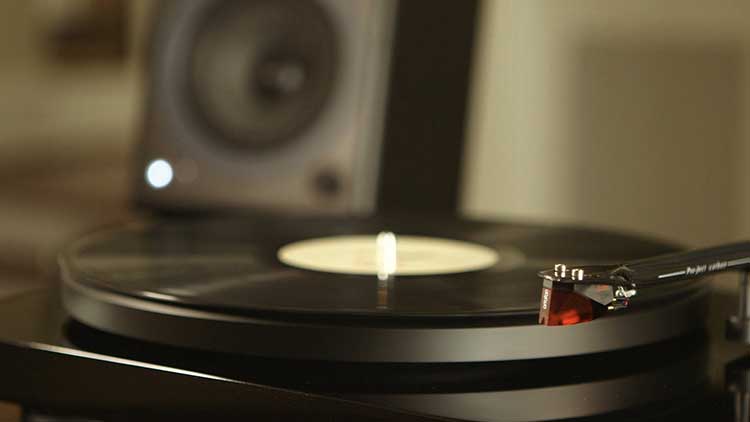 The Debut Carbon (DC) does a good job with acoustic isolation. If your speakers are large and capable of deep bass performance, you’ll achieve better sound if the turntable is not placed directly next to them. For most speakers, however, the Debut Carbon (DC) will perform well on the same surface. We tested the Carbon DC with the Pro-Ject Phono Box E and the Audio Engine A5+ and found they make an incredible starter vinyl system.

One of the best values in audio continues to improve with each new model. If you are ready to move from an old or toy turntable, the Debut Carbon (DC) should be at the top of your list.

The combination of the carbon tonearm and speed control, coupled with the outstanding performance of the Ortofon Red cartridge, provides far better audio than ever expected for $449. We can’t recommend the Debut Carbon (DC) enough, and believe it’s an especially great place to start in the realm of manual turntables. 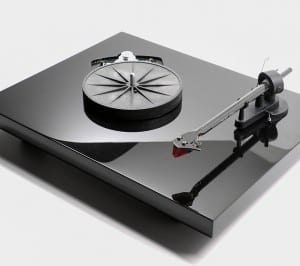 The Debut Carbon is one of the best values in vinyl playback and is outfitted with a $100 Ortofon Red phono cartridge. 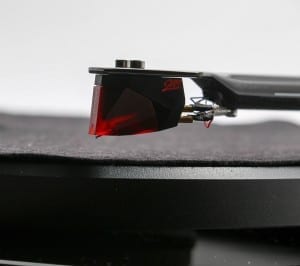 The world of racing cars brings you a tonearm that is light, stiff, and rejects external resonances. 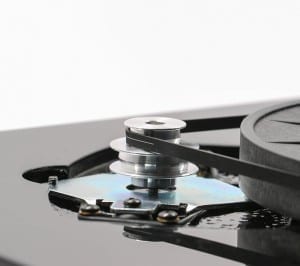 If you have any other questions, please feel free to send us a message or chat with us.