Training Your Ear:
Learn How to Listen Like an Audiophile

Many of us grew up with Maxwell House coffee. We liked it just fine. Maybe we visited a Starbucks now and then for a "really good" espresso, but scooping pre-ground beans out of a big blue container was – and perhaps still is – the norm.

But for some people, trying an artisanal coffee changes everything. From the very first sip, it's obvious that something is different. And better.

“Why were they hiding this from me?” is a common reaction. “I’ll never settle for gas station fare again” is another. It’s an awakening – a gastronomic paradigm shift with far-reaching implications for your future coffee consumption. Afterward, you’re never quite the same. You’re pickier, sure. But you’ve also discovered a new way to enjoy something.

It's the same way you feel the first time you experience great sound. 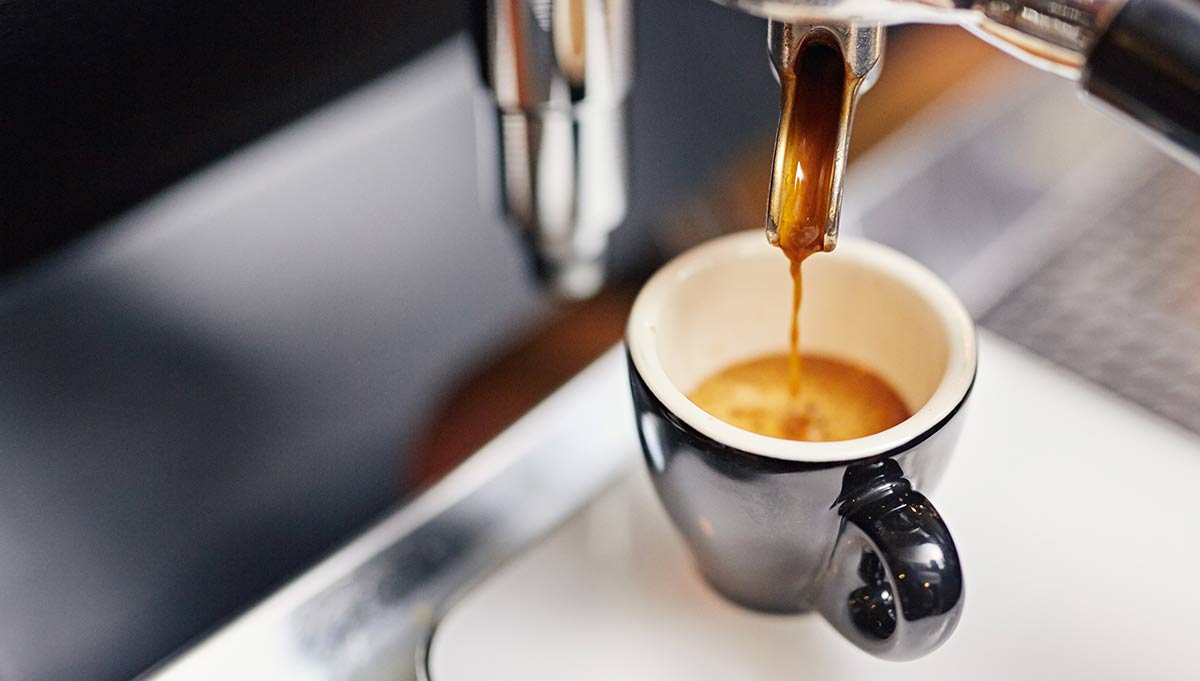 Even if you’ve heard a song a thousand times, you’ll be blown away by how it sounds on a high-performance system. It’s like stepping off an airplane in a foreign country or picking up a smart device for the first time. It’s magical.

One thing's for sure. Just as the nascent coffee aficionado suddenly has a hard time settling for powdered creamer, you're ready to move beyond consumer-grade audio formats and equipment. You know there's a deeper listening experience out there, and you're embarking upon a lifelong journey to discover and appreciate it. It’s time to train your ears – and your brain – to hear new sounds in your favorite recordings.

But where do you begin?

In the beginning, all you know is that some equipment and some audio formats sound better than others. You don’t quite know why, though. To sharpen your senses, start experimenting. The more music you hear and the more equipment you experience, the more you’ll learn.

Ultimately, you’ll develop a “sonic foundation.” You’ll have a frame of reference for any music you hear and a solid basis for comparison with other recordings and audio systems. Here are two ways to get started.

Are you starting from the online streaming/laptop/Bluetooth speaker/earbud scene? A good way to quickly improve sound quality is to scrap MP3s and AAC for lossless formats like FLAC or ALAC. You can keep using the same equipment (at least for now), but you’ll be listening to better representations of the recorded music. Add a DAC to your setup to boost quality even more.

Listen to your favorite albums on vinyl.

When you place a record on a turntable and set the needle in place, you’re getting a different sound and experience than you do with lossless file formats. It’s also an opportunity to actively enjoy an entire album in context, free from the distractions on your device’s screen. Once you develop a sense of what vinyl sounds like compared to digital, if you like what you hear, the world of vinyl has a lot to offer.

The more music you hear, the more experience you acquire. Over time, you’ll learn what qualities you love in recorded music. You’ll also gain a sense of what types of equipment and audio formats exemplify those qualities best.

At this stage, you’re like a budding sommelier who’s trying to understand why a Malbec pairs better with a certain dish than a Garnacha. You recognize that the Malbec is a better choice for the steak dinner you just enjoyed, but you’re trying to nail down why.

Pretty soon, you’ll develop a vocabulary for explaining the nuances you’ve experienced. Just as a sommelier can confidently explain her wine selections, you’ll be able to talk about the characteristics of your favorite recordings in a meaningful way.

Hearing the subtleties (and articulating what they are)

Have you ever heard anyone describe an espresso as “rounded?” How about “sweaty?” The first adjective is a positive description of a flavor. But the other one? Well… let’s just say you wouldn’t be inspired to order that variety at your local coffee shop!

Much like coffee buffs, experienced listeners have a specialized vocabulary for describing how recorded music sounds. For example – and this is a description you’ve probably heard before – what does it mean when someone says that a recording sounds “dark?”

Well, according to Audio Glossary, a list of nearly 2000 audio-related definitions, a “dark” recording is one that presents a “warm, mellow, excessively rich” sound. If that doesn’t quite make sense, keep in mind that it’s a definition that calls on us to explore more definitions (e.g. “warm” and “rich). The more you listen, the faster you’ll get a feel for all of those terms and the euphonic sensations they represent.

It might not make sense in the beginning, but it will make sense. Eventually.

Many audio-related definitions are also subjective. After all, nobody has a monopoly over whether some quality of a recording is “excessive” or not. Something that sounds “excessively” good to you might only sound marginally good to someone else. There’s no perfect answer, and having a substantive discussion of “dark” recordings ultimately requires a combination of intuition and experience.

Just don’t be intimidated by the subjectivity. As J. Gordon Holt, the author of Audio Glossary, explains:

Different subjective terms often have the same meaning, and some have more than one meaning. [...] Subjective terminology can never be as precise as the language of physics. But imprecise or not, it's still a much more meaningful way of describing reproduced sound than just saying, "It sounds fine."

When you’re first starting out, saying, “it sounds fine,” isn’t a problem. If something sounds neither great nor terrible, calling it “fine” is, well… fine! You haven’t heard enough recordings or used enough equipment to experience the nuances that require further exploration. You’re still training your palate.

Eventually, though, you’ll seek new ways to describe the subtleties you’re uncovering. You’ll start asking why something sounds “fine” or why it sounds “great,” and you’ll use more specific terms to describe what you’re hearing. Over time, you’ll be able to communicate with other experienced listeners using a common lexicon.

And that’s when things get really fun.

Challenge your equipment to give you new, exciting sounds

What separates a racecar driver from an average person with a driver’s license? Experience, for one thing. Compared to others, racecar drivers have driven more cars and experimented with a wider variety of under-the-hood configurations. They’re also more daring than your average commuter. It’s not everyone who’s willing to hit triple-digit speedometer readings just for the thrill of it.

Experienced listeners likewise challenge their equipment simply for the joy of experiencing something different. For example, maybe you love the bright clang of Art Blakey’s crash cymbals when played through your high-performance system. But can the same equipment articulate the punchiness of a Charles Mingus bass solo? Can it handle low frequencies as well as high ones?

These are the sorts of questions you’ll ask as you learn to hear different sounds inside your music.

And since you’ve developed the vocabulary required to communicate about such things, you can bounce ideas off like-minded listeners, consult audiophile magazines or websites for insights, or just seek camaraderie from other audio enthusiasts. Basically, you can engage with a new community.

Like a racecar driver, you’re curious about how your equipment performs under different conditions. You’re also willing to force it to show you new sounds in an effort to hear what’s there. That’s true whether you’re hunting for buried textures or just trying to improve the clarity of the dominant voices and instruments.

Here are a few strategies for improving the performance of your equipment:

Get a better DAC

If you're still using the digital-to-analog converter, or DAC, that came bundled with your equipment, you'll probably be blown away by how much better your music sounds with an outboard unit. A great DAC eliminates a lot of jitter, resulting in much cleaner sound.

Change the placement of your speakers

Move your subwoofer to a different spot

Most subwoofers perform best when they’re on the same wall as your main speakers. Sometimes moving your subwoofer just a few inches will greatly change the sound. Also, try adjusting its level for a good blend between your main speakers and the sub.

If you're building a high-performance vinyl setup, avoid keeping your turntable in a place where it's subject to vibrations. Be sure to keep it away from your main speakers and your subwoofer, if you have one.

At this point, you’ve got audio formats, equipment, and critical vocabulary down pat. You’re not training your palate anymore. You’re refining it. Every day is a new opportunity to experience sound in a new and exciting way.

Even seasoned audiophiles routinely experience new and exciting sounds. No matter how enthusiastically you pour yourself into recorded music, there’s always something new to hear and something new to learn.

Active listening is a journey that never really ends. As soon as you think you’ve heard it all, you’ll discover something new. Or you’ll have the opportunity to try a new piece of gear that handles certain sounds better, or perhaps just differently, than your current equipment.

It’s like becoming fluent in a foreign language and continuing to discover new vocabulary the more you speak it. When you’re good, you know it. But that doesn’t mean you know everything.

It’s not just an intense intellectual and emotional exercise. It’s also a chance to build community and enjoy new forms of art. Needless to say, it’s a lot of fun.

3 ENTRY-LEVEL TURNTABLES (AND WHAT NOT TO BUY) ▸