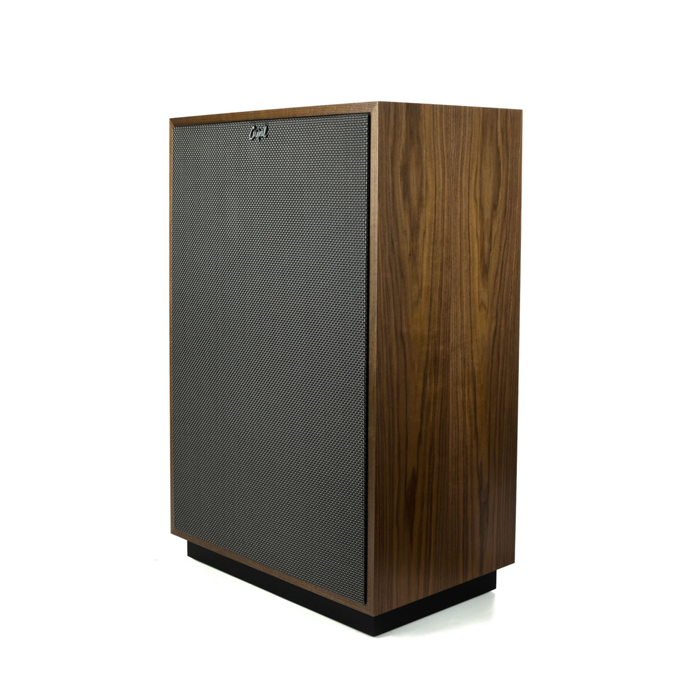 The time was 1946 when an electrical engineer by the name of Paul Klipsch had a dream of creating a better speaker. Paul was no stranger to experimenting with audio, having built his first speaker at the age of 15. He wanted to apply science to speaker design with the goal of bringing the power of a live concert into the home. As a holder of 10 US Patents when he started out on his speaker design, Paul Klipsch was no stranger to inventing. Working out of a tiny shed in Hope, Arkansas, his creativity and artistry helped him design a speaker that set an entirely new standard for music reproduction in the home. Now, over 70 years later, his Klipschorn is still highly sought after by music lovers, while the company he founded has grown to be one of the largest speaker companies on the planet.

Paul Klipsch had four design principles in mind when he created the Klipschorn: High Efficiency, Low Distortion, Controlled Directivity, and Flat Frequency Response. If you visit the Klipsch factory, you’ll see these on the wall when you first walk in. Klipsch has stood by these principals in every product they produce.

The subject of today’s review is the new Klipsch Cornwall, now in its 4th edition. The Cornwall has a pretty interesting history. Back in 1957, Paul Klipsch wanted a speaker to provide a center fill channel for use in large rooms where the Klipschorns were widely spaced apart. The design he liked did not have a horn-loaded woofer like the larger Klipschorn. His friends told him it would be heresy to produce a speaker like this, but Paul told them that is exactly what he was going to do and he was going to call it the Heresy. The design idea was so popular, customers started demanding a bigger version of the Heresy, and in 1959, the Cornwall was born. Every couple of decades enough new technology has come out in driver and cabinet design that Klipsch will update their classic Heritage series products. The Cornwall IV has all of the latest thinking on Paul’s four guiding principles the engineering team at Klipsch could develop out of the technology available today.

The Klipsch Cornwall IV is pretty similar in outward appearance to the Cornwall III. It is a fairly large floor-standing speaker design. You’ll find a horn tweeter, horn midrange, and front-firing 15” woofer in the new Cornwall IV. The woofer is also ported on the front of the cabinet. As with all Klipsch speakers, their four pillars of speaker design we described in the section above are part of the DNA inside the new Cornwall IV.

When you pull the grill off the Cornwall IV, you’ll see some of the updates Klipsch incorporated into this new model. It’s not a subtle change with a brand new midrange driver and horn, new tweeter lens, new crossover, new porting system, and some subtle cosmetic updates.

The Cornwall IV, like the LaScala and Heresy, can be placed in corners, against a back wall away from corners, or slightly out from the wall, toed in just a bit. Each position, like all speakers, will affect the sound and we recommend if you have some flexibility to play around to find what works best in your room.

Being part of the Klipsch Heritage series, the Cornwall IV is handmade to order at the Klipsch factory in Hope Arkansas. All Heritage series products use only the finest book-matched wood veneers which are arranged to give you a mirror image look where they are spliced together. Every pair of Heritage speakers starts out with grain matched panels, cut from the same block of wood. They travel together throughout the assembly process to assure you of two natural wood veneer speakers that have an almost identical appearance. Obviously when you put this level of detail into the cabinets alone, build quality on the Cornwall IV is just spectacular. It is a speaker you should be able to pass on to the next generation.

For this review, we felt a lot of you would be really curious about the upgrades over the Cornwall III, so we are going to focus more on those than the tech behind a classic Klipsch horn speaker.

We recently did a comparison of the Klipsch Forte III to the Heresy III. It was a lot of fun switching back and forth between the two models, discovering why the Forte III commands a higher price. One of the things that really stood out in the Forte III was the openness of the midrange over the Heresy III and how well the Forte III threw out a huge soundstage.

When we got pulled off the grills on the Cornwall IV before listening, we were grinning, as we could see Klipsch took the type of driver used for the midrange in the Forte III and improved upon it even further! The Cornwall III had a pretty similar type of midrange horn as the Heresy and we thought the Forte III was actually better in the critical midrange area than the Cornwall III.

We contacted Klipsch to get a good understanding of all the updates and it turns out, virtually everything about the Cornwall has been updated in the IV version except for the 15” woofer.

Starting with the horn tweeter, the compression driver is the same as the previous model, but they have updated the phase plug which gives the tweeter a wider coverage pattern in the higher frequencies. The midrange compression driver is a brand new K-702 model coupled with a new Tractrix horn. This new combination produces a much wider soundstage with a bigger sweet spot. Klipsch says the clarity, dynamics, and detail is also much better on the new Cornwall IV. Not only do you get more detail, but the sound is even smoother and sweeter with the new Tractrix design and K-702. Both of these updates should contribute to a speaker that can give you a more three-dimensional soundstage while maintaining the power and impact of great horn design.

The crossover (which is the electrical component inside a speaker that routes the correct frequencies to each driver) has been totally updated using audiophile-grade components. Klipsch used the voicing from the Klipschorn and La Scala and changed the crossover slopes to match with the new K-702 and Tractrix horn. According to Klipsch, they were able to use steeper slopes than on the Cornwall III. The wiring between the speaker connections, crossover, and the drivers is also a higher performance wire than in the previous model. Finally, the dual binding posts on the rear have been updated.

Cosmetically there are some updates as well. On the Cornwall III, the small riser was always the same color as the wood veneer. Klipsch has moved to a matte black finish on all the risers, which on the wood finishes gives the speaker a look like it is floating. The front bezel is thinner (x to x) and they have given the grill some subtle cosmetic improvements too. Instead of the classic horn logo in the corner, the Cornwall IV now has a scripted “Cornwall” in the top center of the grill.

If you are unfamiliar with Klipsch speakers, horn speakers have an allure that captures the ears of many music lovers. They are typically very easy to push, only needing a great, low power amplifier to get them to concert levels. Klipsch speakers have this “you are there” feel with power and impact you just do not get with conventional speakers until you spend more than a nice car. One complaint some people have had over the years is the horns sounded a bit harsh to their ears, but as drivers and the actual horn itself has improved, any trace of harshness has disappeared. If you have not heard a Klipsch Heritage series speaker in years, you might want to give them a listen, the emotional quality of the music they can convey to you is something pretty special.

If you read our review comparing the Klipsch Forte III to the Heresy III, you probably understood we really loved the Forte III. After spending about an hour listening to the Cornwall IV, we have to say, they sound like a Forte III on steroids. In other words, very impressive!

We connected them up to a low power integrated amp and proceeded to play some of our favorite comparison tracks. The first thing that jumps out at you (literally) is how dynamic they are. On Dave Matthews Grave Digger the drums just exploded into the room. His voice was dead center and just the right size, but it felt like a band was in front of us with all the dynamics and power we were feeling.

We switched over to Enya Caribbean Blue which has some of the typical Enya haunting sounds with big basslines coming in. Voices filled the room and when the deep bass hit, you could really appreciate how those 15” ported woofers sound both huge, yet fast.

One cut that had really impressed us on the Forte III was Whole Lotta Love from Led Zepplin. All of the percussion and guitars in the middle of the song when things are moving from left to right had sounded very big on the Forte III and much smaller on the Heresy. We had suspected it was due to the new Tractrix horn and this was confirmed with the Cornwall IV. They have a similar type of horn, but just bigger and once again the transitions from left to right felt big and even outside the speakers.

By this time, a crowd had gathered in our listening room as many Audio Advice people were interested in hearing these brand new speakers, so we cranked up Jimi Hendrix All Along the Watch Tower. This cut epitomizes classic rock and roll and the Cornwall IV had everyone in the room grinning. You just get this feeling of a live concert!

There are speakers out there that might reveal a few more subtle harmonics and come across more extended than the Cornwall IV. However, what they do not have is the attack and realism the Klipsch horn drivers deliver. We were also very impressed with the deep bass performance of the 15” bass driver with the new front-firing Tractrix ports. It's full and fast! If you love that feeling you get at a live concert, the Cornwall IV will get you really close yet it also has the finesse for light jazz and classical. Voices also sound very open and effortless with the new midrange driver system. These are not your grandfather's horn speakers!

At $6000 a pair, the Cornwall IV is not for every music lover but it could likely be the last speaker you will ever buy should you decide to treat yourself to sound that moves you. One big upside is the fact that you can drive them to extreme levels with very little power, so there is no need to invest in an expensive, high powered amplifier. If you are searching for a performance speaker anywhere near this price range, you owe it to yourself to give the Cornwall IV a listen. The updates to performance will likely win over many music lovers who shrugged off horn speakers in the past! 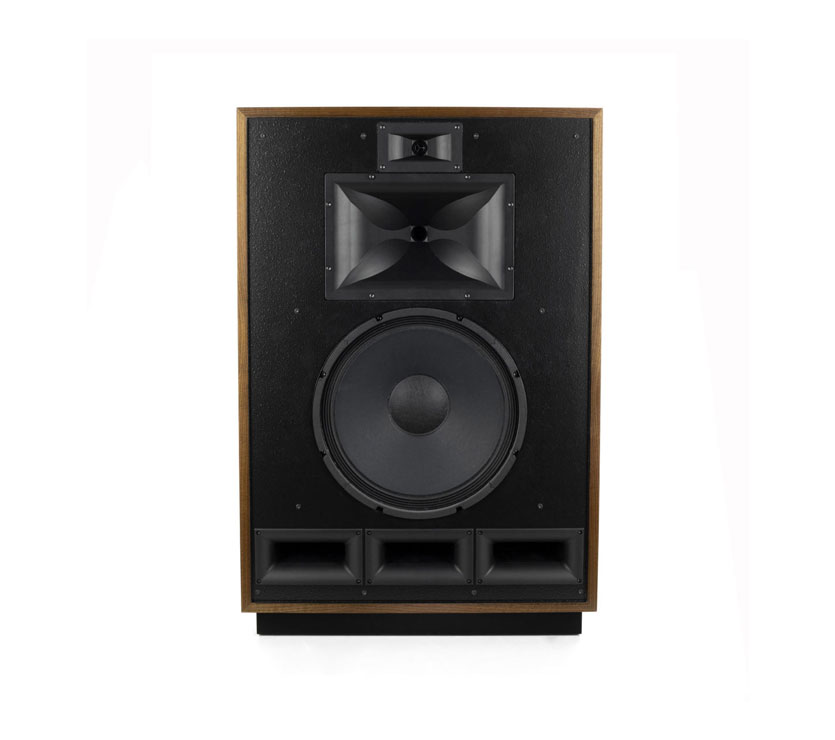 The power of great horn speakers is definitely present in the new Cornwall IV. You will feel like the concert is in your living room. 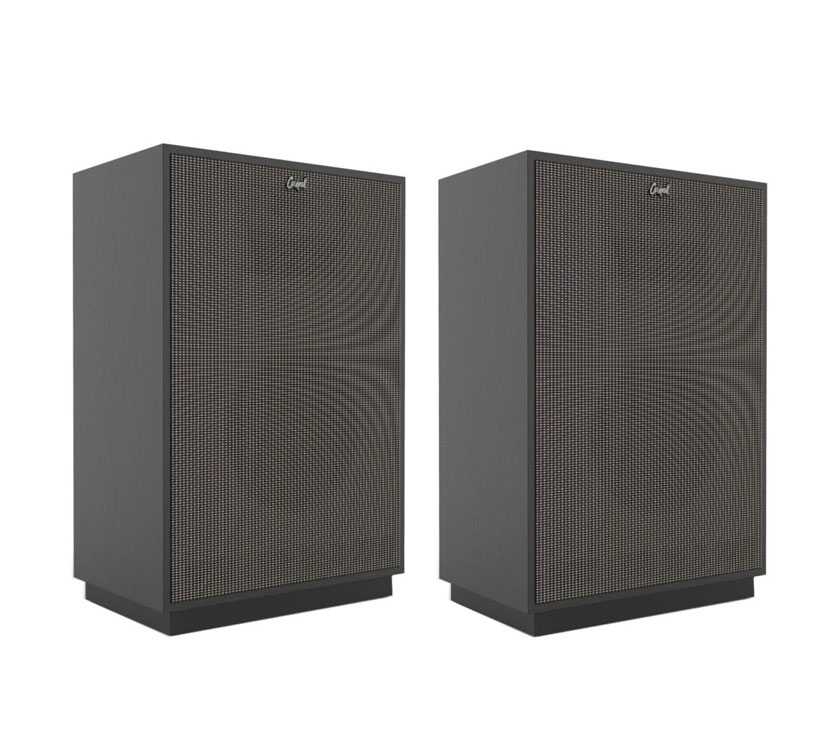 Klipsch has applied lots of new tech to the venerable Cornwall giving it a more open and smooth sound that will appeal to everyone. 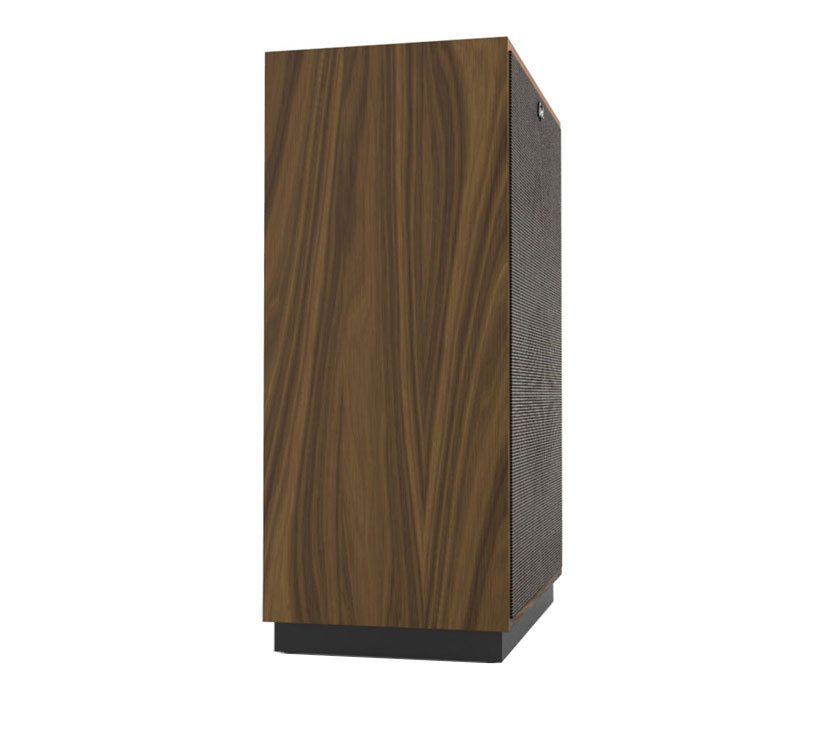 You are buying a classic speaker crafted with love and care that you can pass down to the next generation.