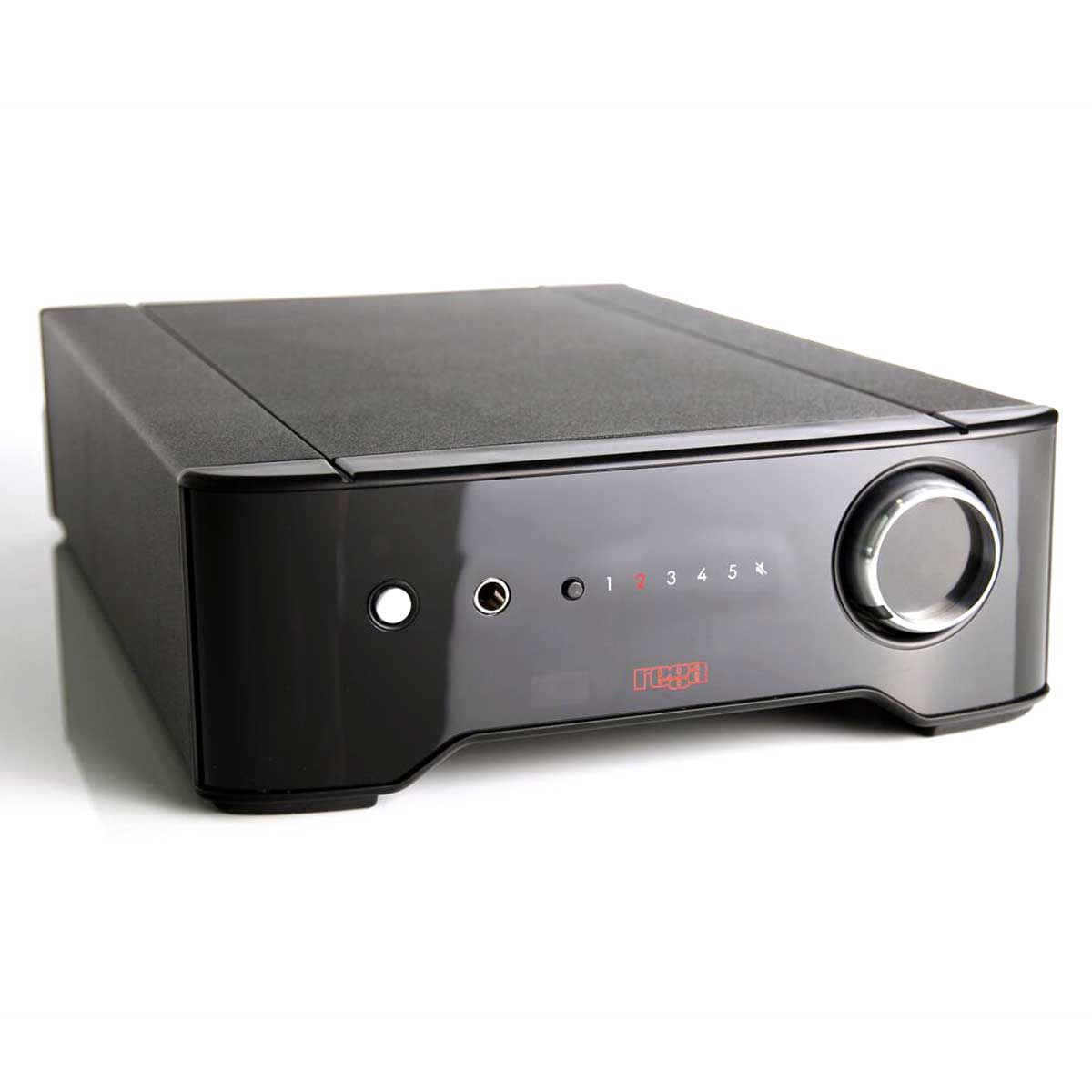 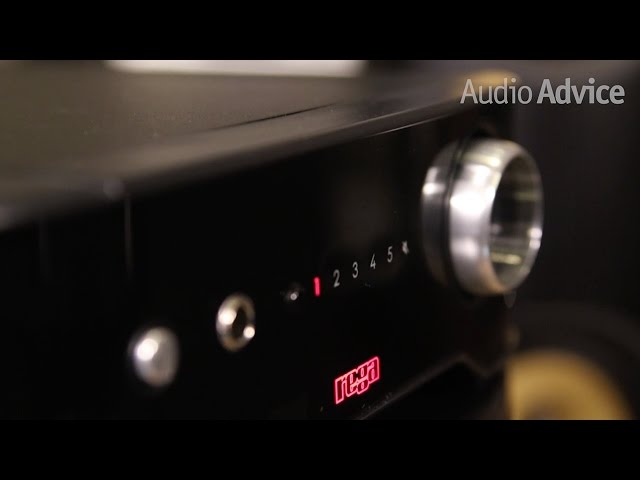 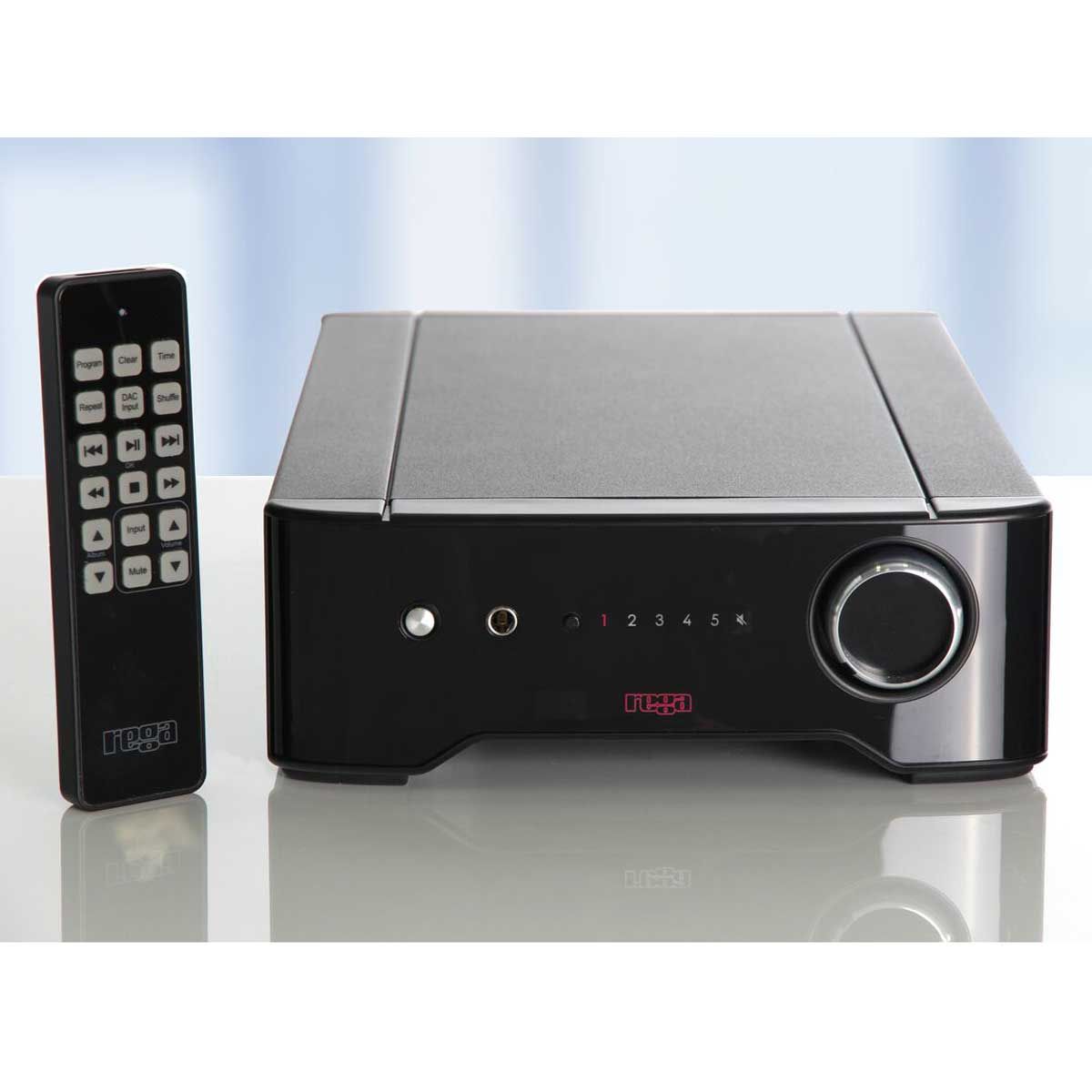 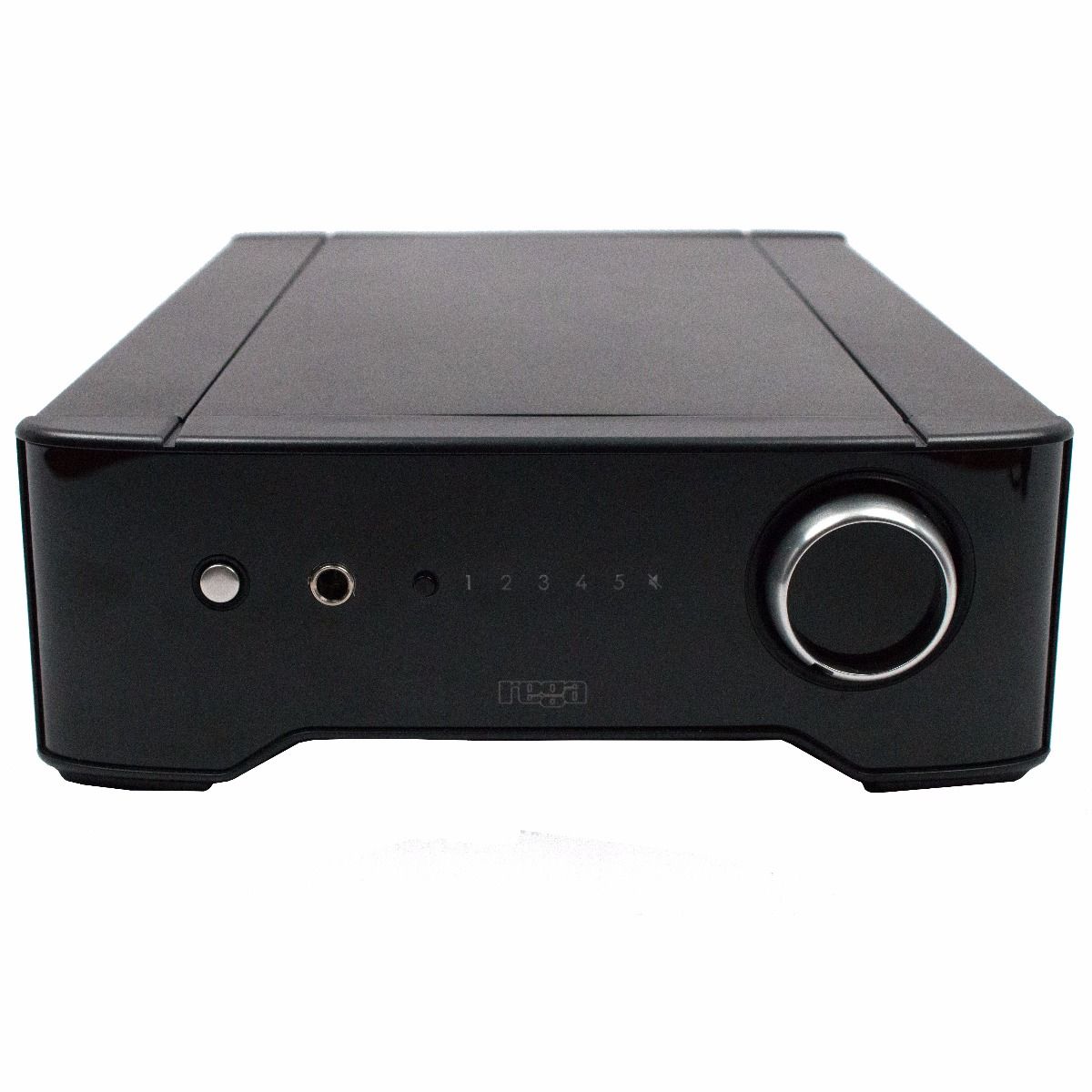 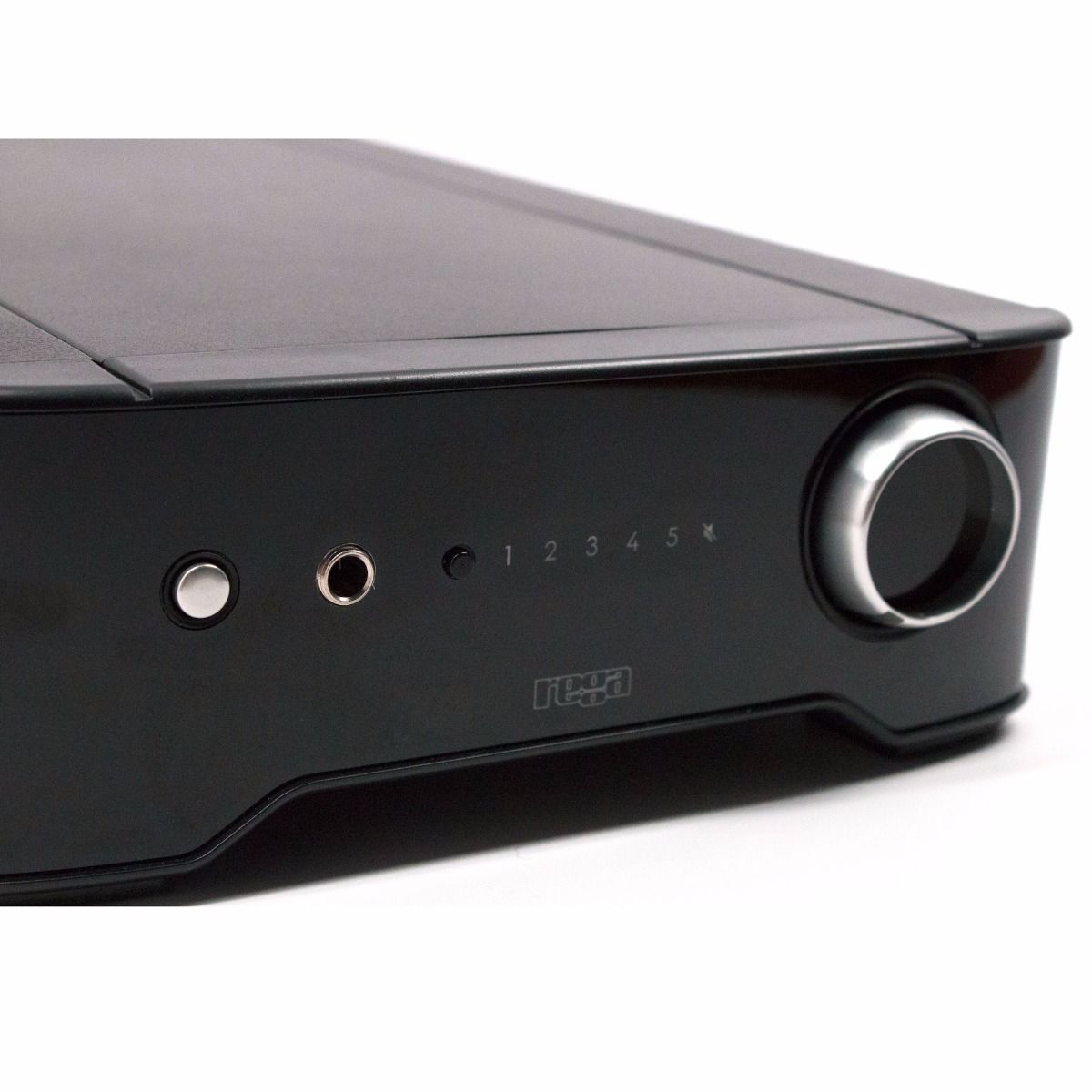 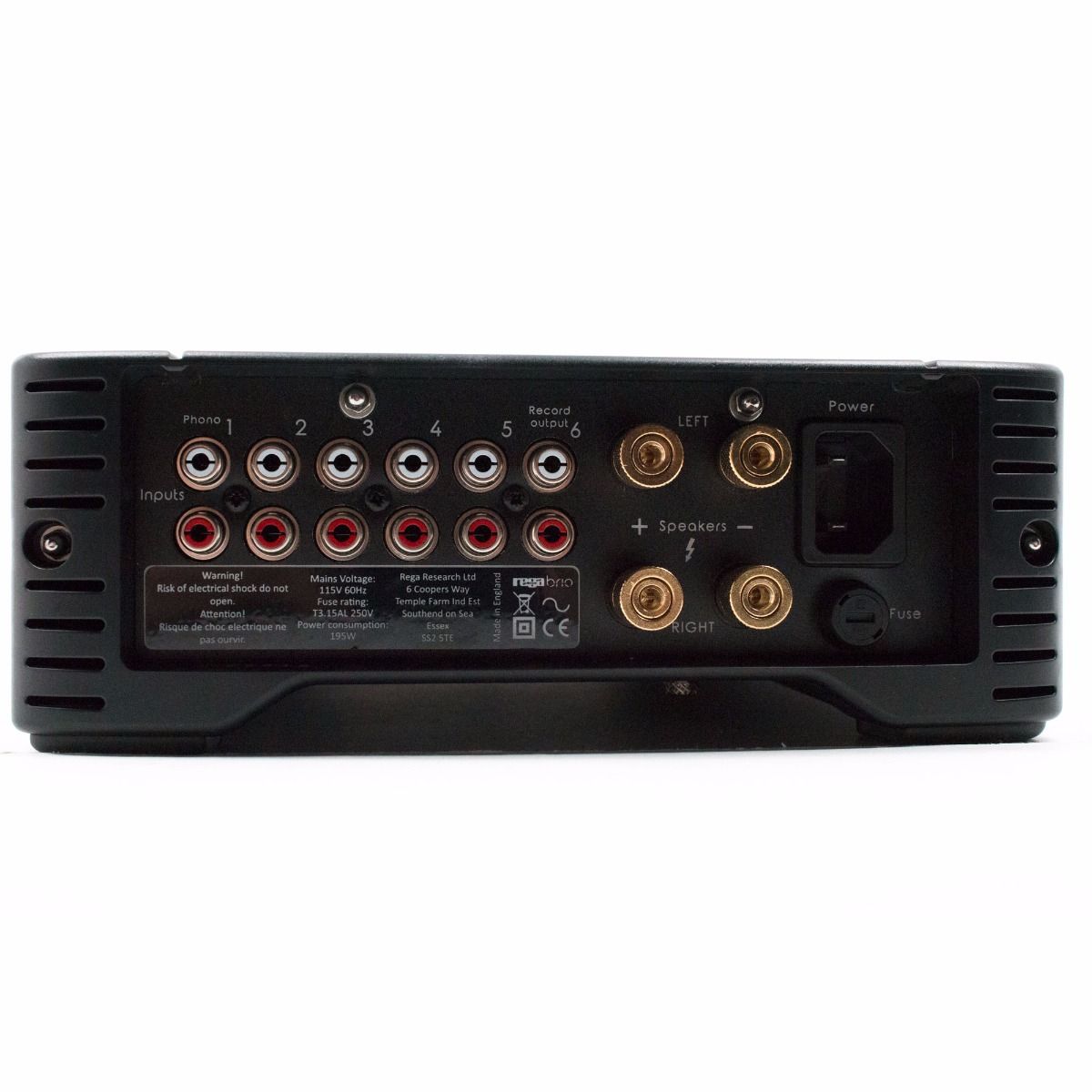 The Brio is an improved amplifier stage with a new full aluminum case design, giving it better heat sinking capability than the prior model. With all these improvements, it still provides that excellent live quality to music that we've come to love from Rega products. Its build quality and ability to drive even the toughest speakers means it could easily be the centerpiece of your system for years to come.

Watch our Review Watch our Comparison 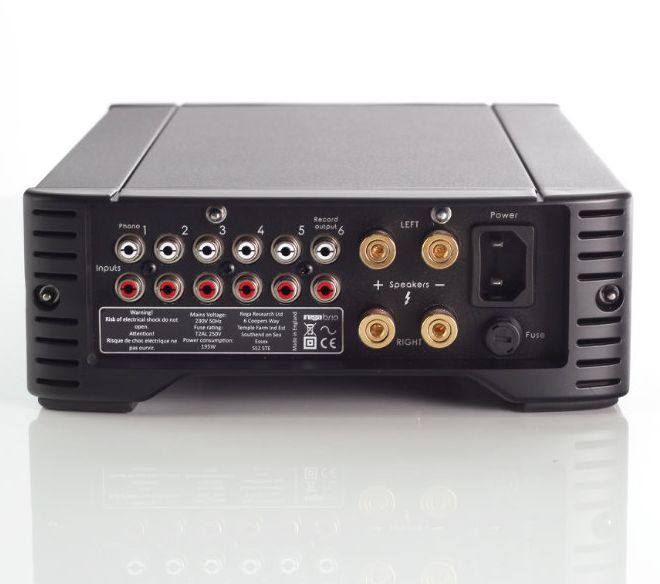 Don't let the small size of the 2017 Brio fool you. Inside you'll find a massive highly regulated power supply, which gives the amp section the ability to easily drive just about any set of speakers you can throw at it. 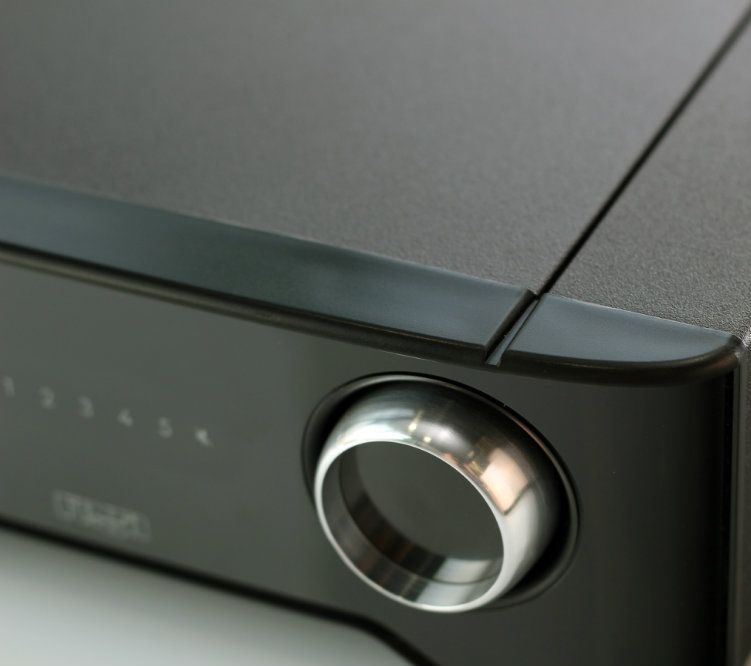 The new aluminum chassis with its half normal audio width can fit just about anywhere and has a very clean, sleek look. We love the recessed jacks in the back and the way the new volume knob feels. A retro clean look with incredible sound.

Your Amp for the Long Haul

Rega builds all of their products to last for 20+ years. With its great amp section, phono stage, and four more analog inputs, the Brio can be the heart of a great two channel audio system for many years without worrying about it becoming outdated.

Rega is a great example of a successful company who has stuck to their roots of products offering amazing value, a very long life, due to their incredible build quality and backed up by a lifetime warranty against manufacturing defects. For 40 years, they’ve produced all of their products in a UK factory just minutes from the garage where their founders made their first turntable back in 1973. If you are interested in learning more about this great company, you can read about their history on their website.

Today we are looking at an updated version of a Rega classic -- the 2017 version of the Rega Brio integrated amplifier. The original Brio was released to widespread critical acclaim from the audio press and has been one of their most popular products, so improving on it was no easy task.

At first glance, the Brio seems like a very simple little piece -- you won’t find rows of buttons or flashing lights. Its discrete size might give you pause, as it is only half as wide as a typical audio component, but don’t let its size fool you. On the front, you’ll find a volume knob, a headphone jack, and a little switch to change its five inputs. Flipping around to the back, there are five analog inputs recessed into the back panel, along with some very nice speaker binding posts.

Rega came up with a really cool way to hold the Brio together in the original model and extended that to the new 2017 version. There are four long rods that go in through the back panel and extend all the way to front panel. By simply inserting these and tightening them up, you have a very solid piece of gear. Once we removed these and pulled the amp apart, we could quickly see this is one well-made integrated amplifier. There is a large toroidal transformer which has gotten beefier compared to the original Brio. All the parts and circuit boards are of very high quality like you would expect to see in a much more expensive amp. The output stage is improved from the original Brio, and if you compare the two phono stages, you will see a whole different signal path in the components selected.

The Brio is designed for the listener who already has their source components. Input one is a very good phono stage setup for moving magnet cartridges. You then have four other analog inputs suitable for a CD player, music streamer, tuner, etc. Rega keeps the signal path very short for these two. The front panel has a switch where you can select these. But the switching does not occur at the front. A big ribbon cable runs from the switch all the way to the back of the amp where the signals come in. They are switched there to minimize the length of the signal path.

For 2017, Rega added a headphone jack to the Brio. Rega wanted to accomplish several things with this addition. First, they wanted to give headphone lovers a way to use their headphones with the Brio. Secondly, they did not want it to be just a tacked on cheap headphone amp. In our testing, the Brio headphone jack easily powered some of our most hard to drive headphones and gave us great sound. But most importantly, they did not want the headphone circuit to in any way interfere with the sound of the amp when using the speaker outputs. It is actually completely turned off when there is not a headphone inserted into the plug -- pretty clever! To avoid any degradation to the speaker output signal, which needs to be muted when the headphones are playing, they used a special switching circuit to deactivate the speaker jacks.

Rega upped their game with an improved amplifier stage and the new full aluminum case design, which gives them better heat sinking capability than the prior model. We also like the way the new case has the speaker jacks and inputs recessed into its back for a cleaner look.

We have to say, given the costs of electronic components these days, the fact that Rega could make all of these improvements and keep the selling price the same is impressive.

We decided to really give the Brio a workout in our initial testing. Audio Advice is a big fan of the PSB speakers. The Imagine T is a floor standing tower, multi-driver speaker system. The PSB Imagine T runs around $2,000 a pair depending on finish and at 89db efficiency is only moderately efficient.  If driven properly, they can have tremendous bass performance, but with a slack amp, they will show it. We had also just used them in the same room to test a $3,500 integrated amp we elected not to carry, so we thought it would be fun to try the same tracks with the Brio. For our source, we used an Oppo 103 as a CD player.

Every once in awhile when testing audio gear, we run across a combination that is just magical. After the first couple of notes, you can tell you have an amazing combination. This is how we felt with the new Brio and the Imagine T’s. The sound was big and dynamic. The left-to-right soundstage was huge and well-defined. Best yet, the timing of the music was spot on, something Rega is known for. We’re happy to report that the Brio fully continues that tradition. We threw all kinds of music from pop to classical at the Brio and it sailed through with flying colors.

Another factor we love to test out is whether a piece can reveal differences in components that are ahead of it in the system. We started out using an Oppo 103 as the CD player, as it is a pretty good CD player in its own right. We switched over to the Rega Apollo-R CD player, which sells for around $1,100. We could tell the difference right away. Bass was better defined and tighter, the sound got smoother, and the timing was even better. Yes, the Brio easily revealed the differences in these two front ends.

After these tests, we moved on to an even harder to drive speaker: the Magnepan MG1.7i. This is a floor-standing planar magnetic speaker with a reputation for great sound, but not one that is easy to drive. Once again, the Brio amazed us. It drove the Maggies with ease, offering up a huge soundstage and a super controlled bottom end.

Don’t pay attention to its rated power of only 50 watts. Its real world ability to drive speakers is awesome. It’s truly unbelievable how good this little $995 integrated amp sounds!

If you are using a turntable, CD player, DAC, streamer, or all four as your source, the Rega Brio integrated amp is a great piece to bring it all together.

Specifically, if you are looking for your first serious integrated amp to start your audio journey, this is just a great buy. Its build quality and ability to drive even the toughest speakers means it could easily be the centerpiece of your system for years to come.

<ul>
<li>The sleek case was designed to bring elegance to Rega's classic style and proves to be a stand-out among Rega and competitors.</li>
<li>The re-designed circuit has been fully upgraded to handle higher specifications for all critical parts. A second raw power supply has been added to provide further isolation between output stage and the driver stage/line and phono amplifiers. This improves the isolation between high and low-level signal stages of the amplifier.</li>
<li><span>In addition to the extra power, the Brio provides two additional analog audio inputs and a tape output for those of you getting back into the retro world of cassette or reel to reel.</span></li>
<li>Brio has added a headphone socket from the internal amplifier without disrupting the overall sound quality. Rega has paid special attention to the switch that deactivates the main speakers.</li>
<li>Brio has scored a Product of the Year Award from <em>TONEAudio,</em> as well as critical acclaim from practically every hi-fi press outlet on the planet.</li>
</ul>