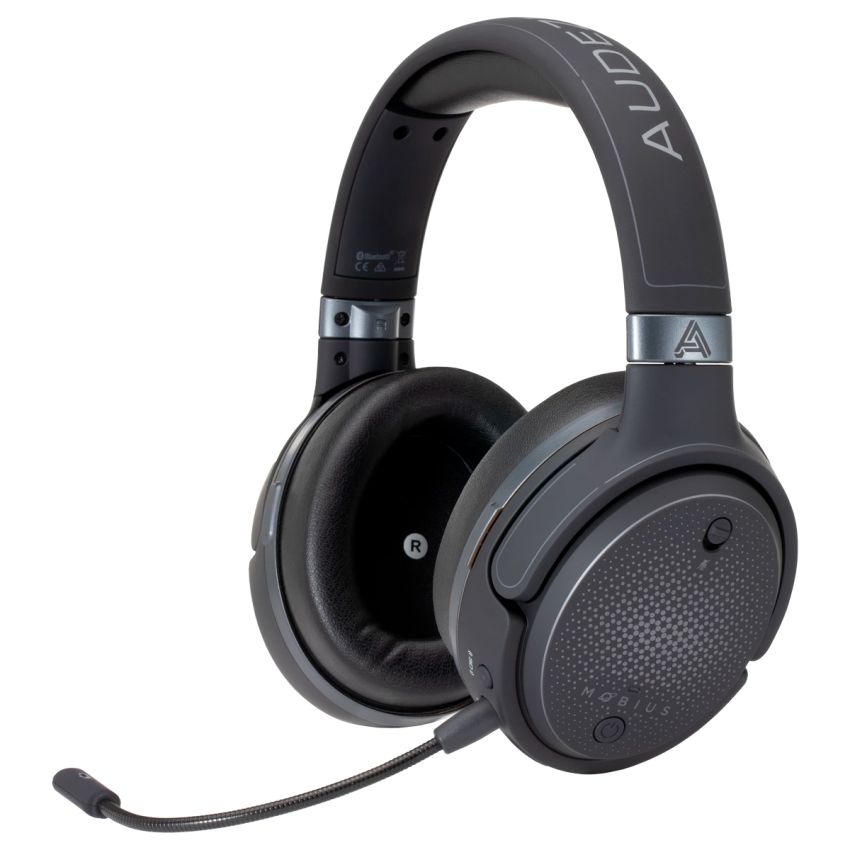 Audeze Mobius is an ambitious wireless/wired headphone designed for gamers and audio enthusiasts. The Mobius is packed with technology including Waves Nx Technology for 3D Sound, Head Tracking, Room Emulation, Built-in amplifiers and preset EQ's. These headphones were built with gaming in mind but their comfort, battery life, and simulated surround sound make them perfect for movies and music. 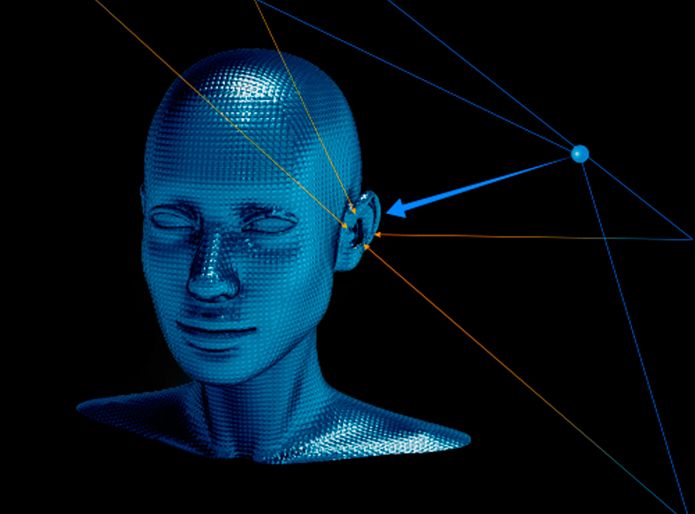 As the positioning of your head changes, Mobius identifies and maintains the source of the sound, changing dynamically as you move. 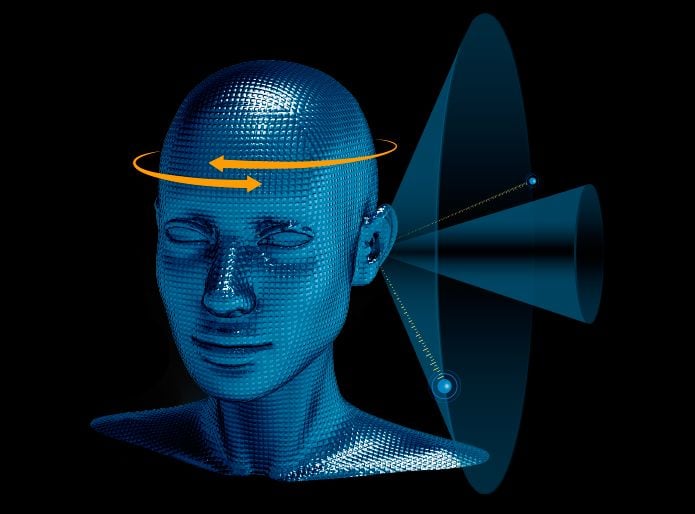 Mobius precisely tracks even the tiniest of head movements 1000 times a second and feeds the 3D emulation algorithm. 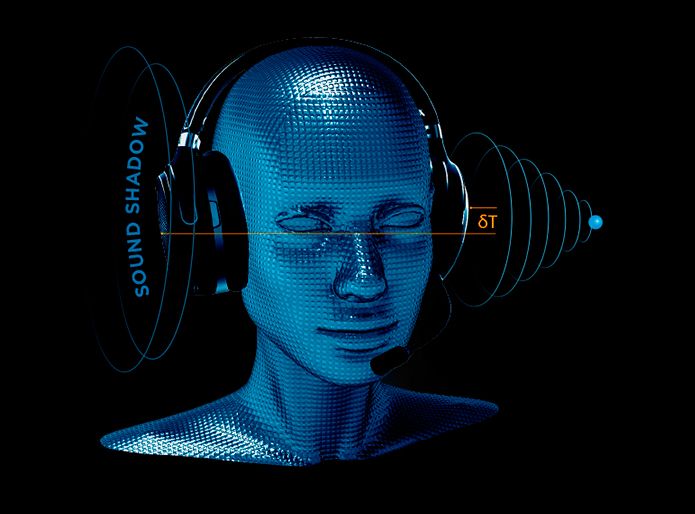 A sophisticated customizable tool that creates a sense of space and reflection of the sound within a room.

The California based company, Audeze, has been known for their great sounding Planar magnetic headphones since their beginning in 2008. Audeze’s founders Sankar Thiagasamudram and Alexander Rosson teamed up with world renowned engineers to create the popular LCD series. Since then, Audeze has become a staple in the audiophile world as the producer of some of the best sounding headphones.

Typically, Audeze has produced headphones for at-home listening that are powered by headphone amps, and in 2018, they released their first Bluetooth Planar magnetic headphone: the Audeze Mobius. When they created the Mobius, they didn’t stop on Bluetooth, they also added tons of other features: 3D audio, 7.1 Surround sound, Wave NX, EQ adjustments, and more.

While approaching this review, we understand that Audio Advice isn’t a video game company. However, we know great sound, and we can certainly tell you if a product will perform up to our standards. To bridge the gap for functionality inside of the video game world, we brought in casual and competitive gamers across multiple genres (from FPS’ to MMO’s) to see their thoughts on the Audeze Mobius Headphones.

At first glance, the Mobius is a larger sized, closed-back headphone, coated in matte black scratch-resistant material, with accents that come in two color variants: Copper and Blue. The headband is constructed of durable, yet flexible rubber, with memory foam on the top for comfort and clicked based adjustability. The ear pads also consist of a wrapped memory foam intended to contour around your ears.

When we initially tried on the Mobius, we felt they were slightly too tight, but after some break-in time they loosened up and were very comfortable and secure. The weight of the Mobius is about 350 grams, but won’t fatigue your neck during long listening sessions. They are built like a rock, and can withstand bends and flexes, but could benefit from a hard-shell case if you’re a traveler.

The left ear-cup houses the many controls and adjustments for these headphones:

The build quality and design of the Mobius headphones make them ideal for long listening, gaming, and travel. The multiple input options make them great for computers, cellphones, or your home stereo. While these headphones are very comfortable and versatile, memorizing the adjustments can take some getting used to. It took us about a day to figure out every control and the quickest way to use them. 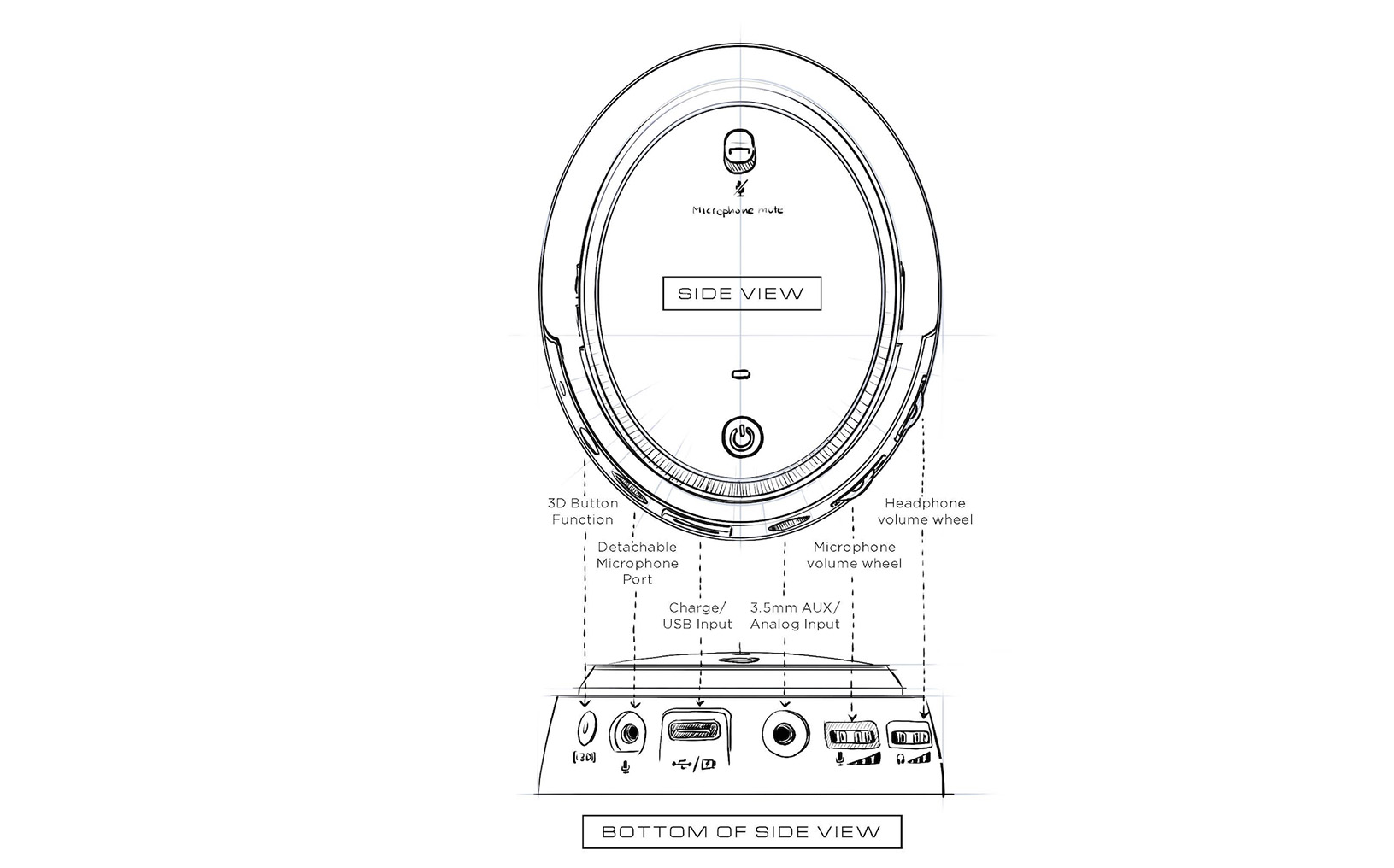 The Mobius has more “high-tech” features than any headphone Audeze has ever created, and in return, the Mobius are a lot of fun. The additions that Audeze highlights are:

The two features that really stand out and intrigue us are the 3D Emulation and the Planar Magnetic drivers.

What do they mean by 3D sound?

Audeze utilizes a technology called Waves Nx Technology to create a 3D soundscape. Once you engage the 3D setting, it will center your sound to the direction you’re facing. As you rotate your head, the sound still seems to be coming from the original direction using a “sound shadow”. The 3D processing manages to be impressively immersive using three things:

Sound Localization- As the positioning of your head changes, Mobius identifies and maintains the source of the sound, changing dynamically as you move.

Room Emulation- A sophisticated customizable tool that creates a sense of space and reflection of the sound within a room.

The 3D soundscape is made to help with accuracy of sound location inside of games, and it does a great job with that, but we have found that this versatile headphone performs well for many other uses. When we watch movies and videos, the Mobius' sound seems as if it's actually coming from our monitor. This can be extremely useful when you’re on a flight and have to watch a movie on your laptop because it’s almost as if your ears are registering the sound like it’s from a speaker. Audeze mentions lowered ear fatigue, and it’s very apparent when in 3D mode.

The Planar Magnetic drivers give these headphones a HUGE advantage over most Bluetooth headphones and gaming headsets. Most headphone manufacturers use Dynamic drivers in their products because they are cheaper, easy to power, and can be fitted to most headphones. On the other hand, Planar magnetic drivers tend to be more expensive and require more power, but you can experience a world of better sound -- a much cleaner, more defined sound, with less overall distortion. Audeze has been known for their stellar sounding planar magnets, but most of their headphones require a headphone amp for full performance...but the Mobius changed that up. Audeze gave the Mobius a built-in headphone amp, and in return, they sound fantastic while still remaining convenient.

When we first heard about the Mobius headphones, we wondered if they would be something as popular as the LCD series. After all, they were made with gamers in mind. We decided to give them a shot, and after we gave them a listen, we knew we Audeze had made yet another great headphone.

To do a fair review we are covering two perspectives: The purely audio portion, and the gaming functionality by bringing in a variety of gamers ranging from competitive to casual.

When testing the Audeze Mobius, we are connected to a computer (via USB-C) streaming Tidal Hi Res, and looking at everything from sound-quality to comfort. To start the test, we put the headphones in standard stereo mode without 3D turned on. The sound was amazing, especially without the need for an external headphone amp: the closed-back design gave them a deep bass, while remaining detailed across each transition from high to low. The Audeze Mobius sounded incredible with every music genre from Jazz to EDM.

Next, we tested them with movies...and once again, we were pretty shocked. The simulated surround sound and 3D simulation proved to be much more than a gimmick; it made the experience even more immersive. We watched Mad Max: Fury Road, and that’s when we could really hear the surround shine. The surround sound was surprisingly close to 7.1’s sound localization.

Overall, from a HiFi perspective, these headphones are great for their price. Their “immersiveness,” comfort, portability, and 10+ hour battery life makes them a perfect travel headphone for watching movies on a plane and listening to music.

Discussing Audio and Video with gamers has been a lot of fun. Many of the gamers we talked to place significant importance on their video and monitor, but hadn’t put a ton of thought into their sound. Others we spoke with thought that their head-set did a fine job of pinpointing sounds both beside and behind them. However, after trying the Mobius, there were some drastic changes in opinions.

The Gamers that play shooters such as Fortnite and Overwatch think the 3D sound is very useful, but takes some time to adapt to. Another feature everyone seemed to like was the EQ adjustments, as it allowed the headphone to make footsteps louder, emphasize ballistics, tune them for racing, and more. They also said that the game felt much more realistic, and that it sounded like you were in the world. When we tried the Mobius on Red Dead Redemption 2, we compared them side by side with a popular $150 headphone. Most of the gamers agreed that with the Mobius, you can hear much more of the ambient noises such as horses running behind you, and you could also point to where they were...but on the $150 pair, they thought the world sounded more two-dimensional.

Not every game requires accuracy of sound. Instead, they rely more on communication among the team (such as MMOs and MOBAs) and that’s where the mic came into play. The gamers said the audio was very clear and noticeably better than our test pairs. Some even said they would prefer it over their current USB mics for streaming. The gamers also enjoyed the Mobius’ mic ability to easily detach for a casual headphone and the mic's movability, meaning that if they wanted to push it to the side, it would stay there without drifting back.

Overall, the Audeze Mobius is a fantastic headphone with detailed sound and multiple functionalities. Though it was designed with gamers in mind, it’s ideal for just about anyone looking for a high quality headphone. We highly recommend this headphone for traveling, movies, and music (especially if you like bass). If you want a fun and portable headphone with a variety of features, look no further than the Audeze Mobius.