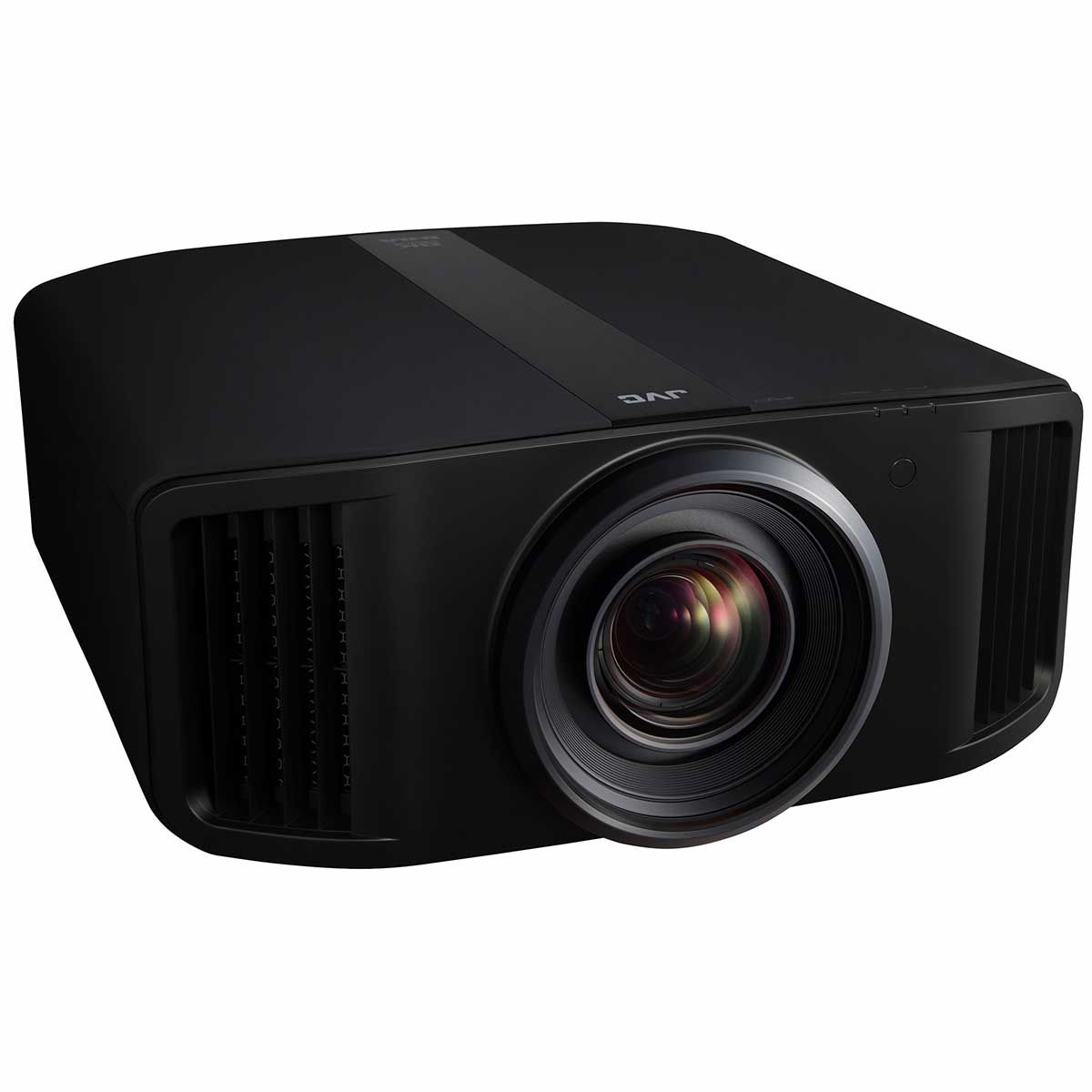 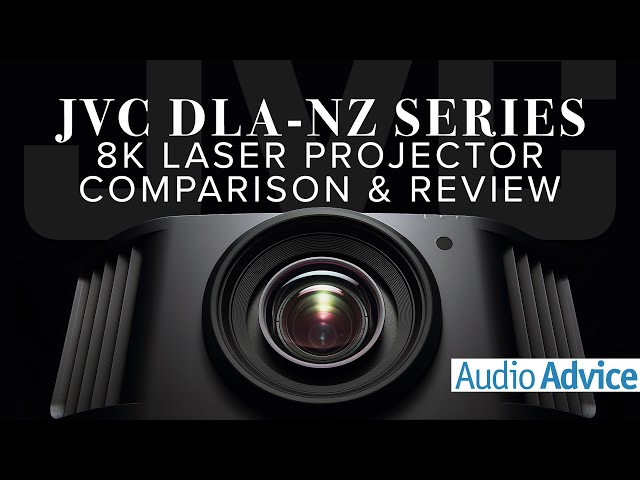 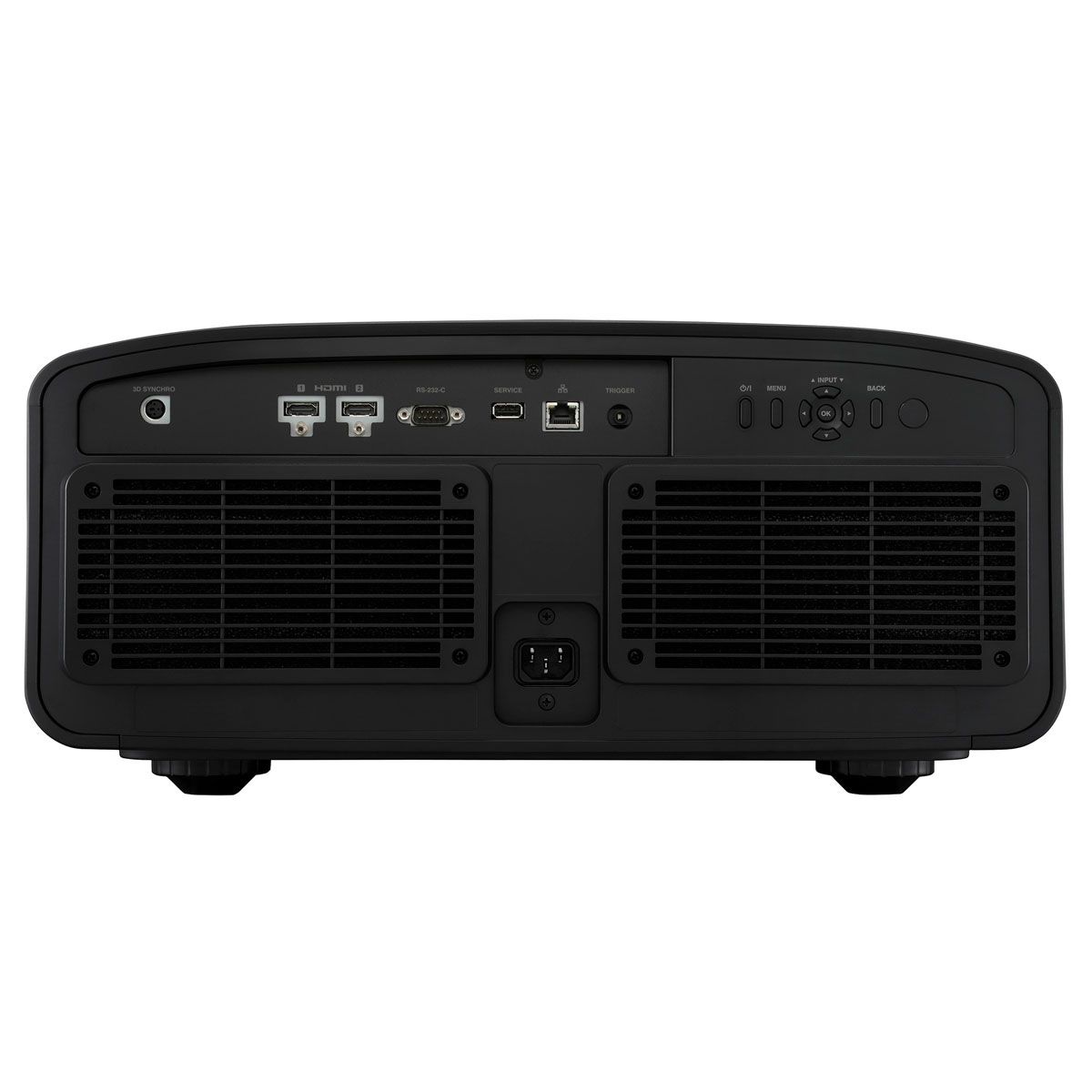 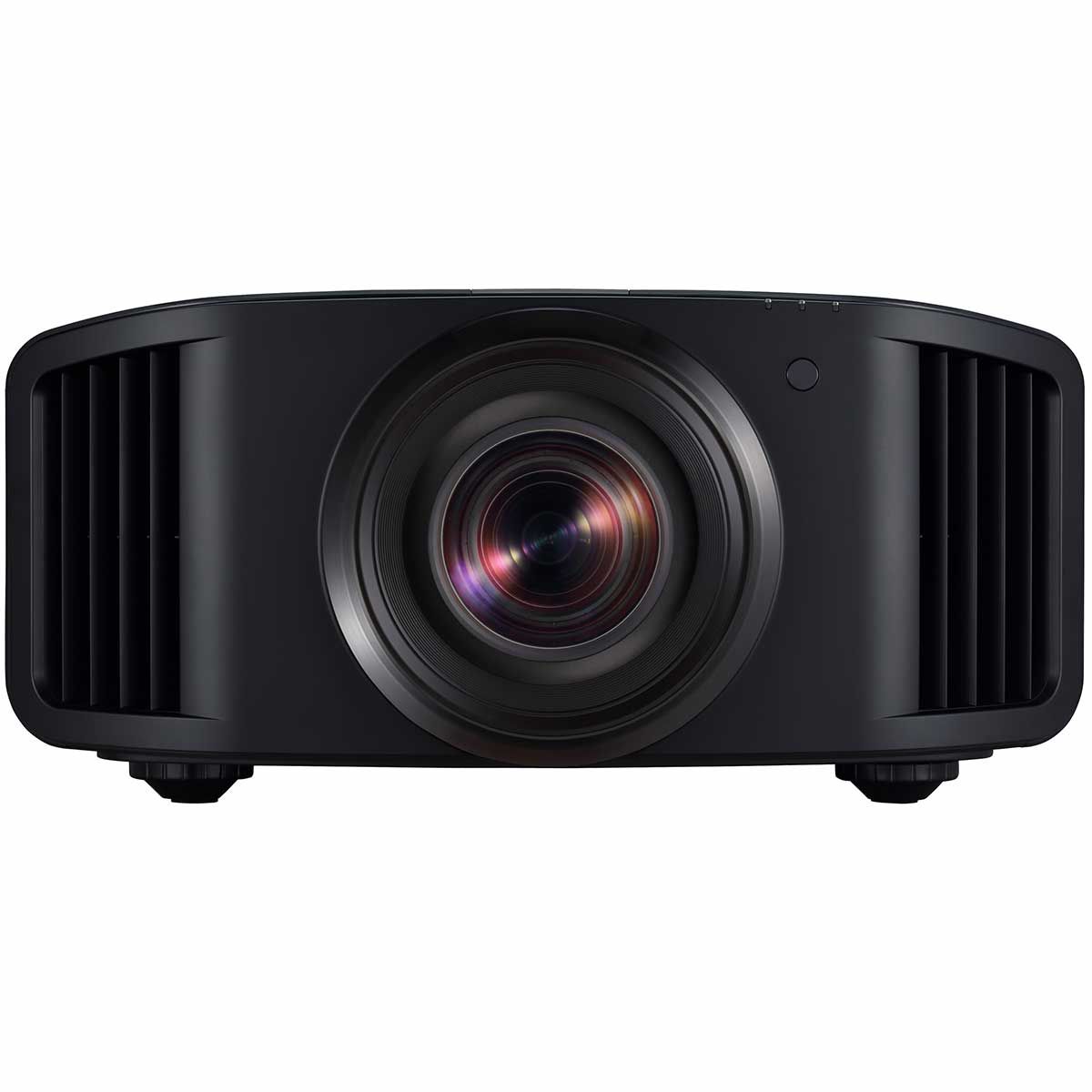 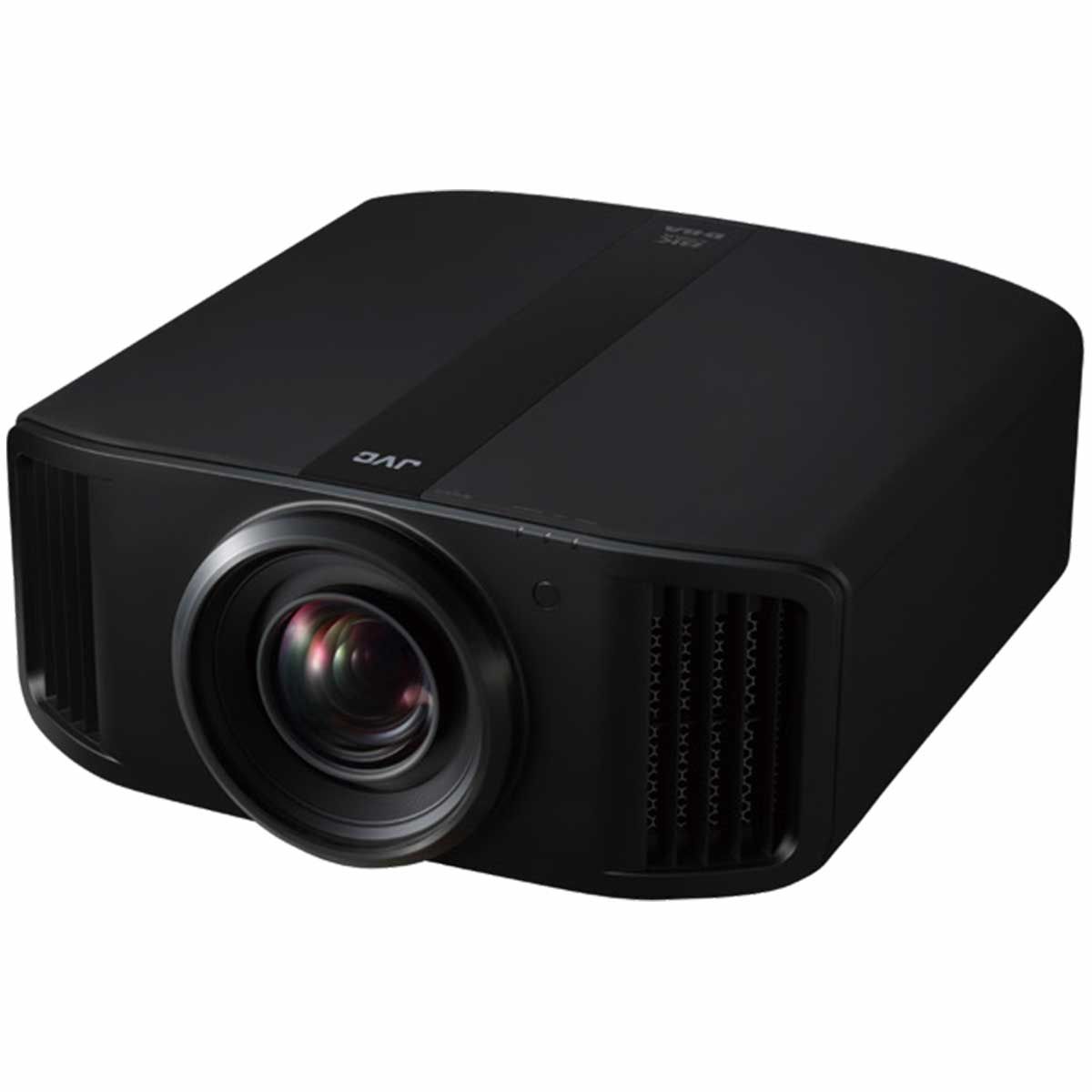 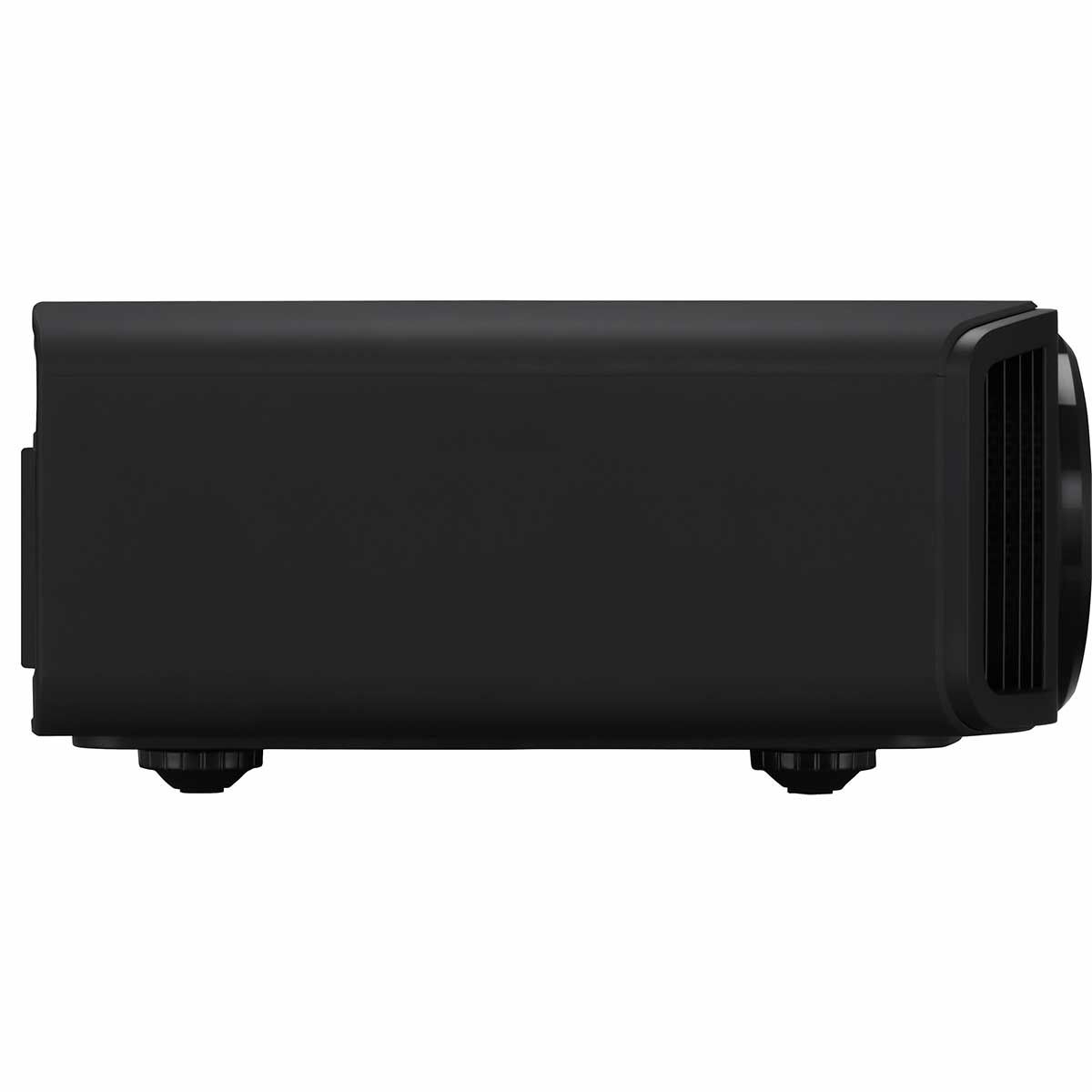 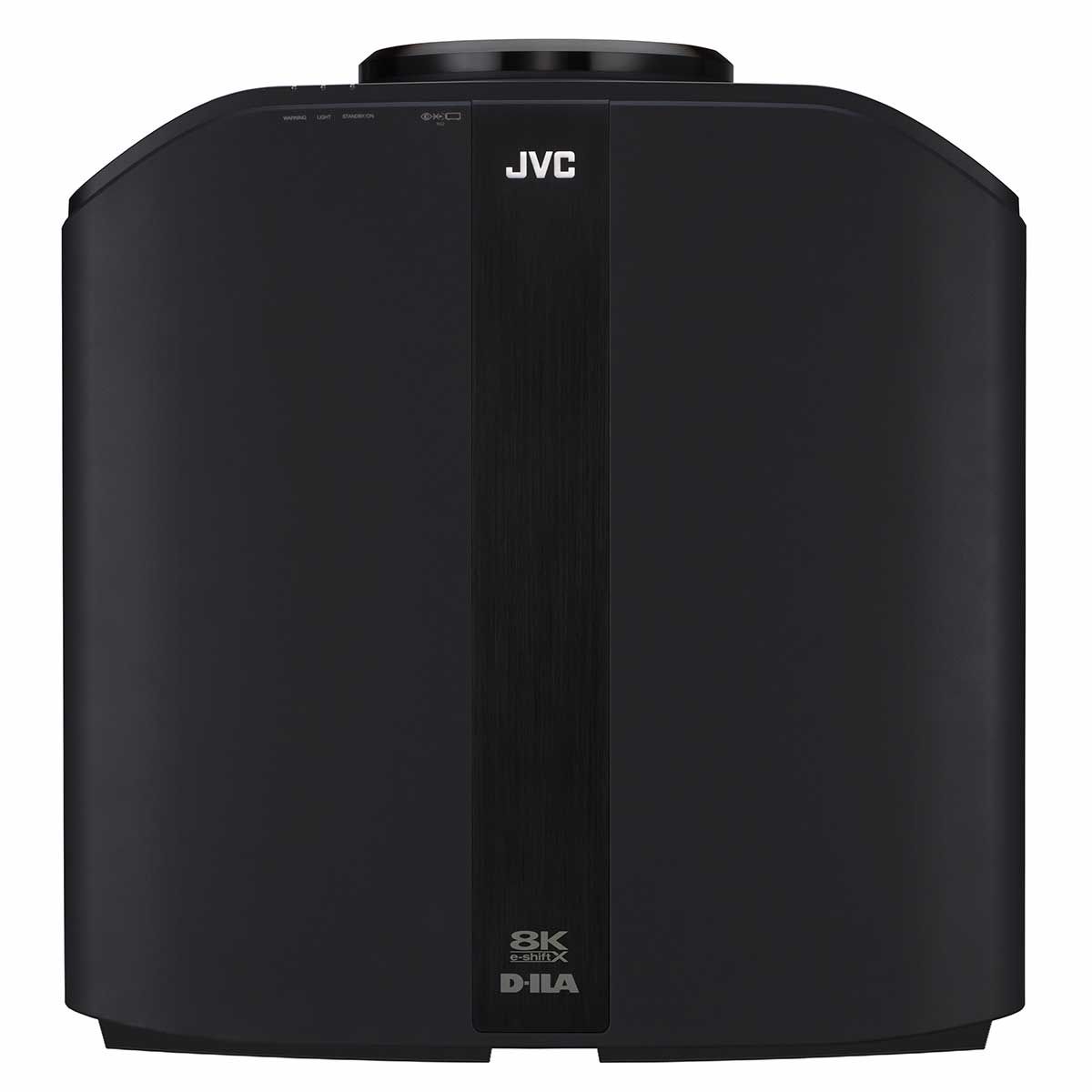 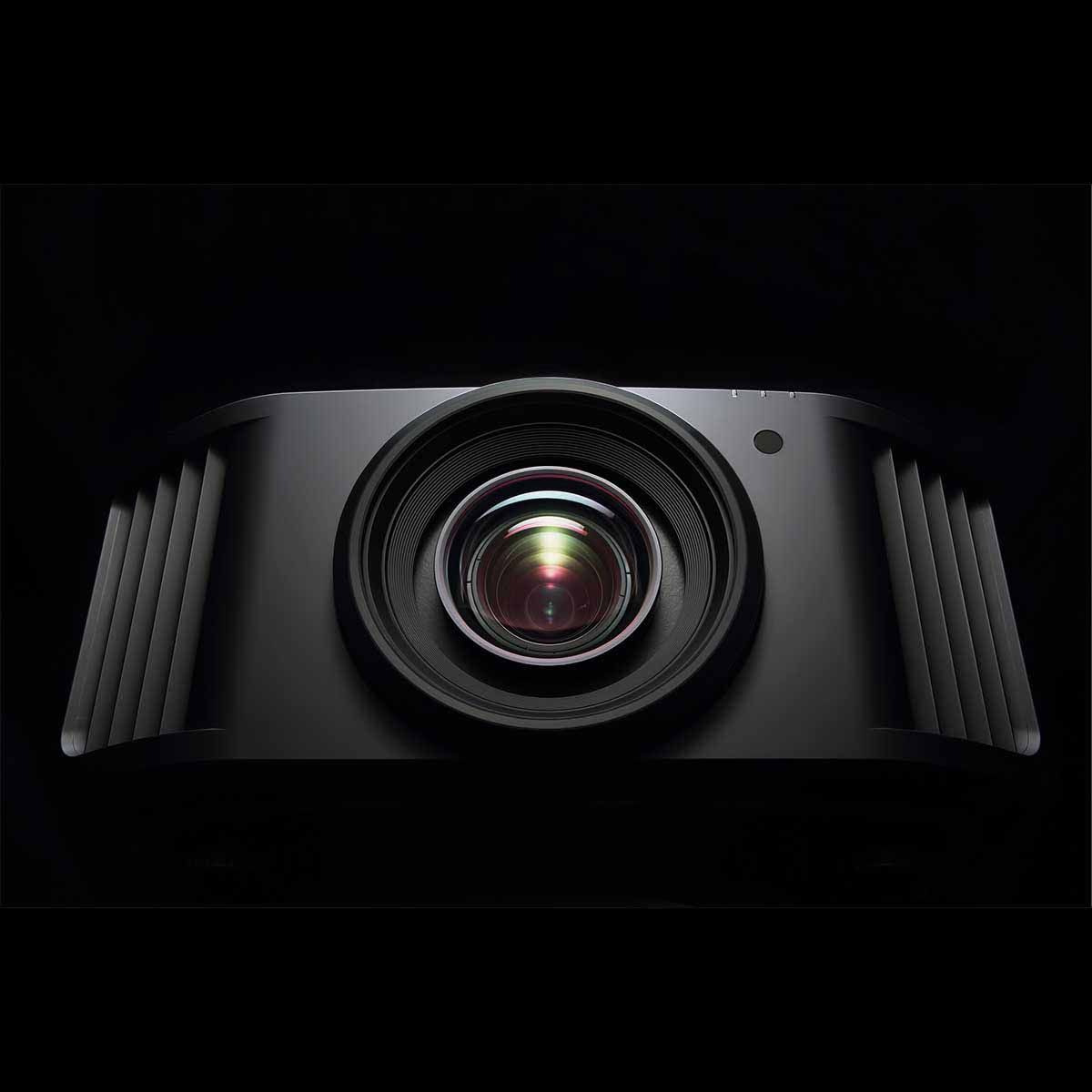 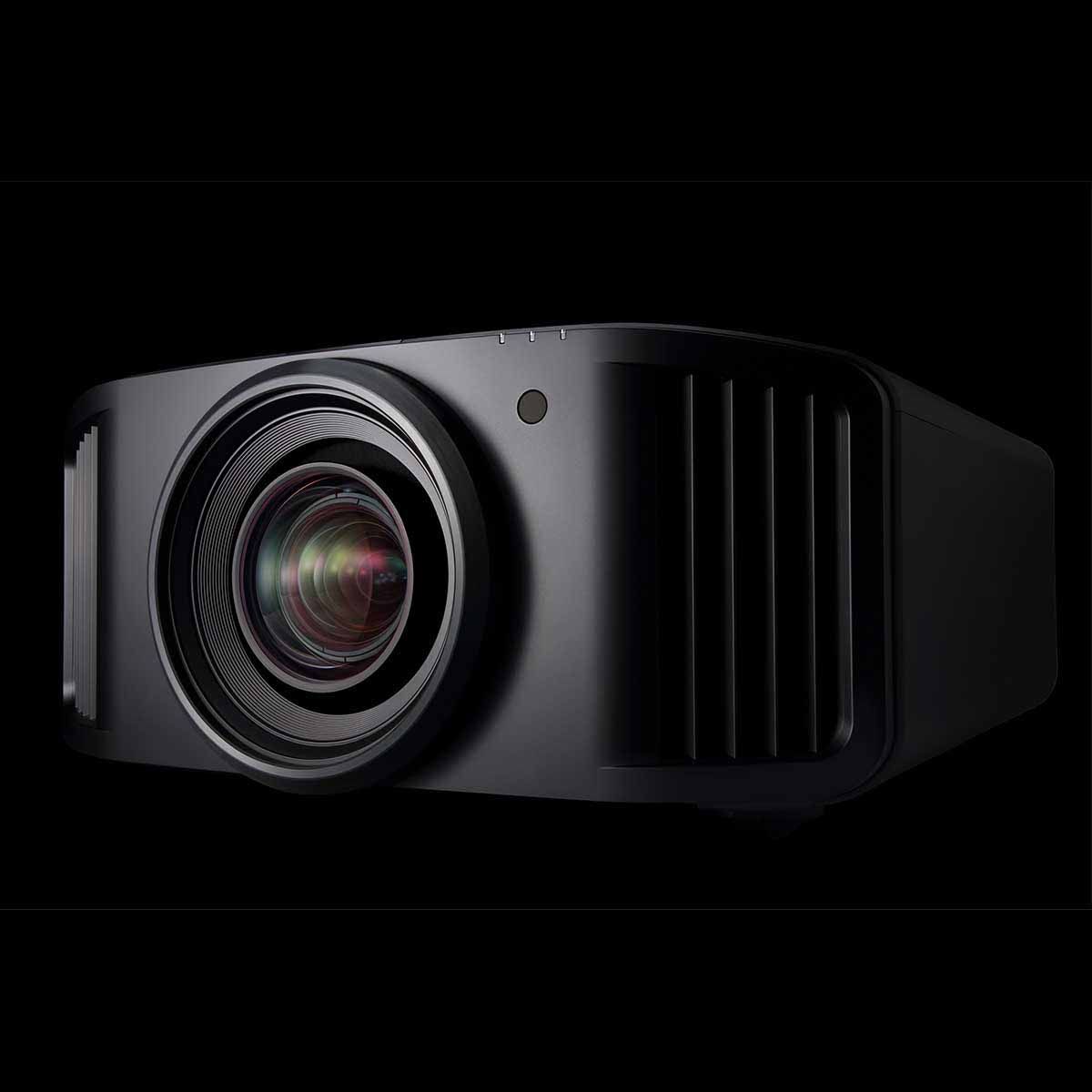 Overview
The JVC DLA-NZ9 projector uses their new BLU-Escent laser light engine to deliver an amazing 3,000 lumens. We love the color purity of a laser engine. When you couple it with JVC’s 8K e-shift X technology, their 100mm all-glass lens with its high contrast optical block, and their great Frame Adapt HDR, you get an incredible image. Add in the ability to support HDR10+ with JVC’s custom selected components and you have a world-class projector for your home theater.
Watch our Review Watch our Comparison 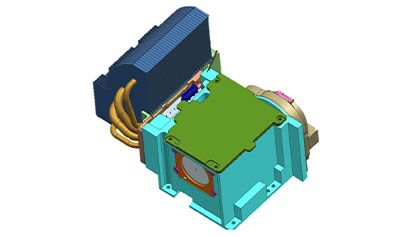 You just can not beat the colors you get from a laser engine. When JVC coupled their hand-picked D-LIA chips with the bigger lens, they were able to get 3000 lumens, which is just astounding for something with a picture this good. 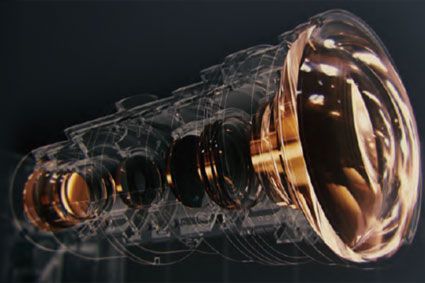 The NZ9 is the only model with the upgraded 100mm all-glass lens with special internal optics. Not only do you get improved contrast, but it is better suited for the 8K eShift X technology! 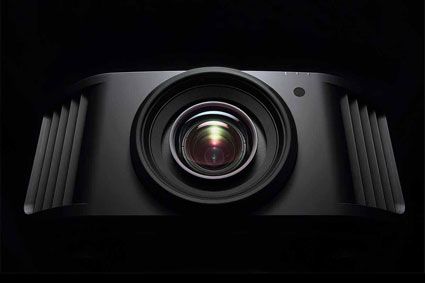 The NZ9 has all the great features of the other models, and JVC makes it even more special with the fact they hand-select all of the critical components for the absolute best performance.

At its price point, the JVC DLA-NZ9 will obviously not be for every home theater. If you are serious about great video, you will find you just can not match the feature set the DLA-NZ9 does offer. 3,000 lumens, a long-lasting Laser light engine, 8K e-shift X, large all-glass lens, JVC’s great Frame Adapt HDR, support for HDR10+, and custom selected components. The picture is just absolutely stunning. If you have a great screen and theater room with well-controlled lighting, and an eye for high quality, there is no question, you will see why we like the DLA-NZ9 so much. Plus even if you are not super picky, if you are thinking of a 2.40 widescreen above around a 160” diagonal, the light output alone makes it worth the investment.

We were very pleased to see JVC bring their laser technology into their more affordable units. At Audio Advice, we love the pure colors a laser light engine can produce. The laser used in the DLA-NZ9 is their third generation of the BLU-Escent technology. Not only do laser light sources look better, but they also last far longer than a lamp-based system. Projector lamps lose about 50% of their light output after about 1000 hours. You have to get to 20,000 hours or more with a laser engine before you even get to its half-life. With the 3000 lumens the DLA-NZ9 can produce, it is a great choice if you are looking at a larger screen size, plus the extra horsepower means HDR content will look better as well.

You’ll get the very latest HDMI tech with the DLA-NZ9. Its two HDMI inputs will handle an 8K/60P signal, which is just astounding. For upcoming next-generation gaming platforms and video content, they also support 4K/120P, making them future-proof for quite a long while. The new JVC models are the first projectors we have seen with dual 48Gbps, HDMI 2.1 inputs with HDCP 2.3 support, pretty cool!

Even if you do not have an 8K source to feed the DLA-NZ9, you can get the benefit of 8K with JVC’s latest e-shift X tech. They developed their e-shift years ago before 4K chipsets were out to help get higher resolution. Their newest tech has a 4-way shift to take a non 8K signal and scale it up to the incredible clarity 8K offers. They had to develop special technology that uses a new 240Hz driver that shifts the image in tiny increments in 4 directions to create a true full frame of 8K video. When you turn this on, you will see details you never thought possible on a front projector. Of course, in the DLA-NZ9 this tech looks even better with the upgraded 100mm lens and hand-selected chipsets.

The DLA-NZ9 is the only model that uses the bigger all-glass 18 element, 16 group lens housed in a full aluminum lens barrel. This lens now also includes a High Contrast Optical Block. The larger lens assures you of getting JVC’s great picture at every corner of your screen. It also is designed to reduce internal reflections which improve contrast, black levels, and color purity. If you know about cameras, you understand how important the lens is and with the DLA-NZ9, you get the best one JVC produces.

In working with the engineers at JVC we found one reason their better models have higher light output is the fact they sort their .69” D-LIA chips and use the better ones in the more expensive models. They find the ones with the best contrast and even sort them as a group of 3 to work best together. In the DLA-NZ9, JVC takes things one step further and even hand selects many of the critical components inside the projector for the best possible result. 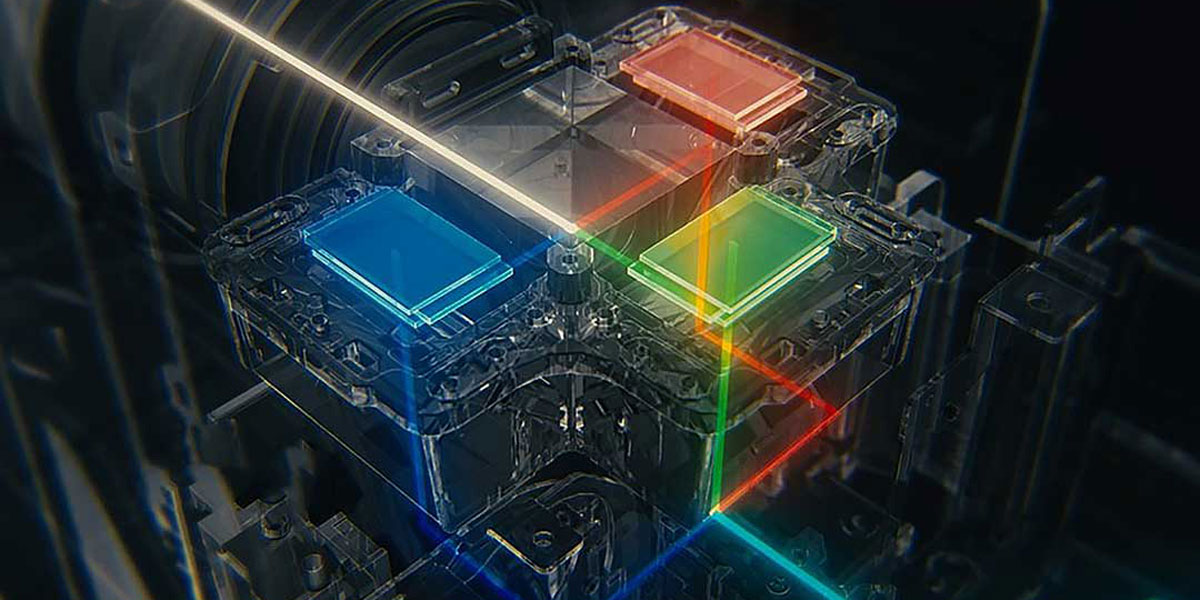 HDR stands for High Dynamic Range and was developed to allow producers to give us an image even closer to real life. The catch for front projectors is none of them can produce the light needed for an HDR feed that is based on what a flat panel TV can reproduce. To deliver a great image, the projector needs to look at each frame of the HDR10 signal and adjust it for the projector. Ideally, the software would know the size of the screen, the screen gain, characteristics of the screen, and how open the projector lens was. JVC’s Frame Adapt HDR with their Theater Optimizer lets you input the brand and model of your screen and tell the system the size of your screen. The projector knows how open the lens is and where you have the laser output set. All of this put together gives you beautiful and perfectly accurate HDR images.

HDR10+ is the next stage in the goal of a picture as real as life. HDR10 supplies metadata that tells the system the average maximum brightness of the entire piece of content along with the maximum level. HDR10+ was developed to take things to the next level, providing metadata on the luminance for every scene. You’ll find HDR10+ content on UHD Bluray discs and it is now also showing up on a lot of streaming content. JVC is the first projector company we know of to provide full HDR10+ support, which is just great to see.

You would be very wise to have a friend around with you go to mount your new DLA-NZ9 as it weighs in at over 55 pounds. That fact by itself points out how well made this projector is with its custom selected parts and 100mm all-glass lens.

To back up the build quality, JVC has a full 3-year parts and labor warranty with an incredible 1-year advanced replacement warranty. This means if you have a problem JVC tech support can not resolve, they will swap you for a new unit in the first year. We think that says a whole lot about how they stand behind these great units.