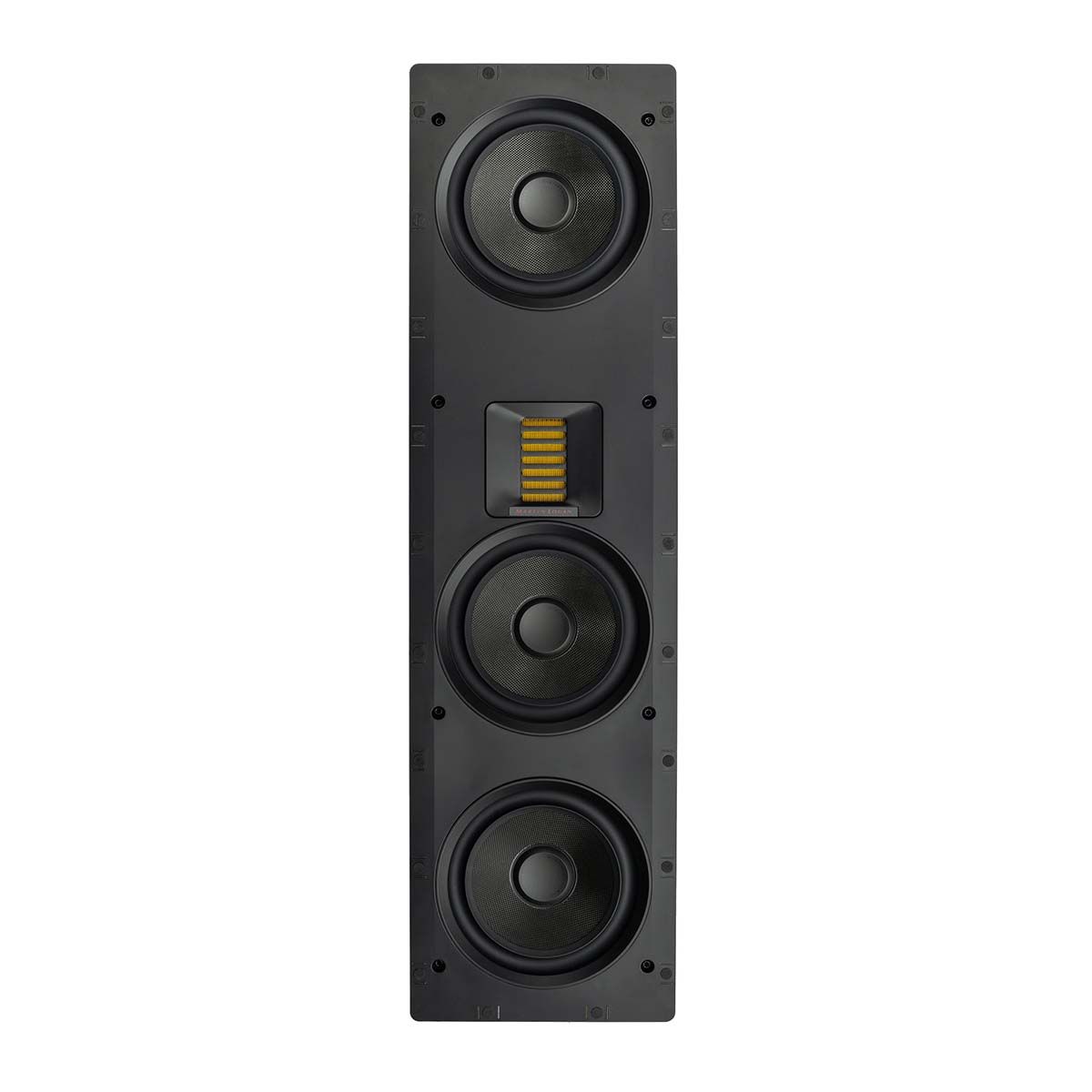 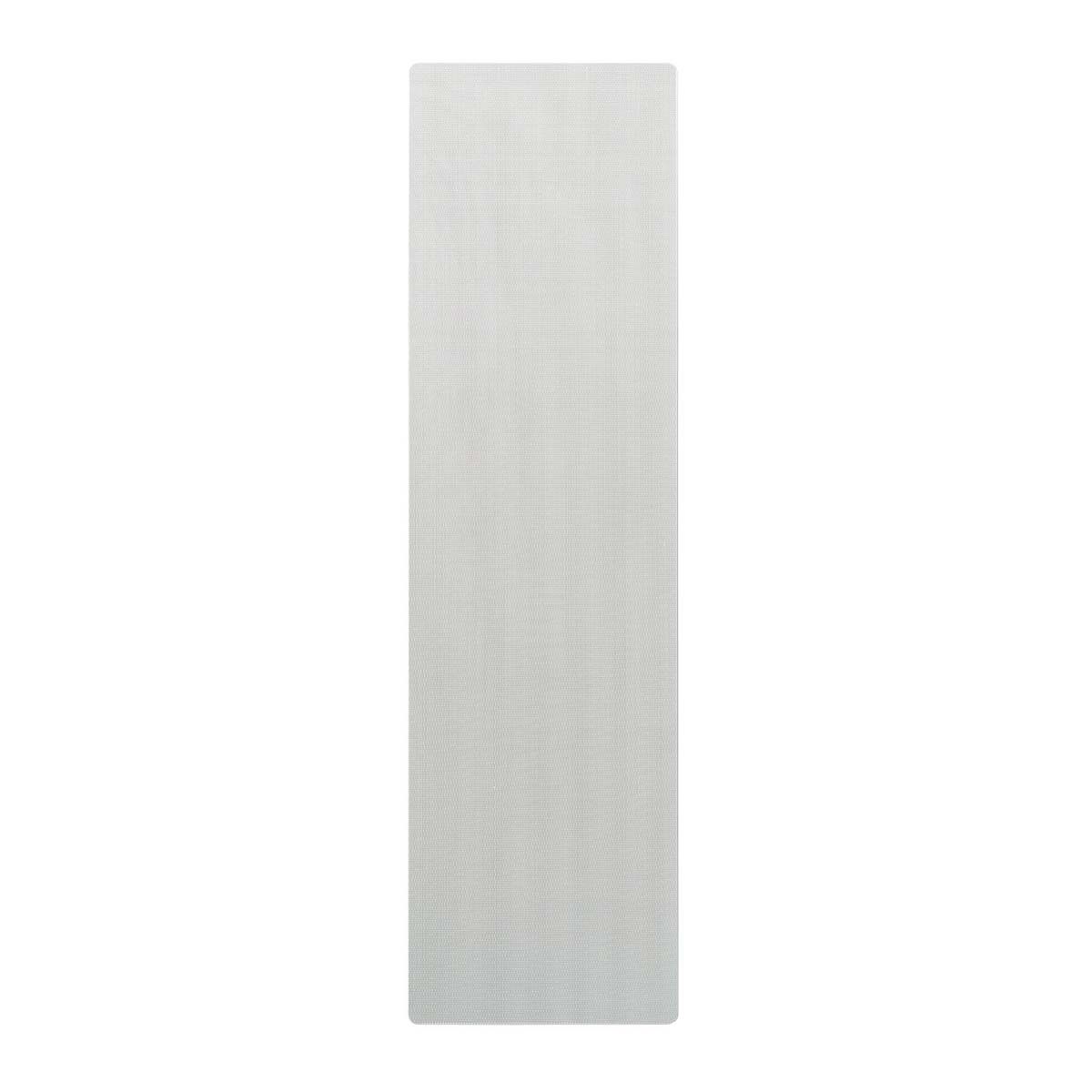 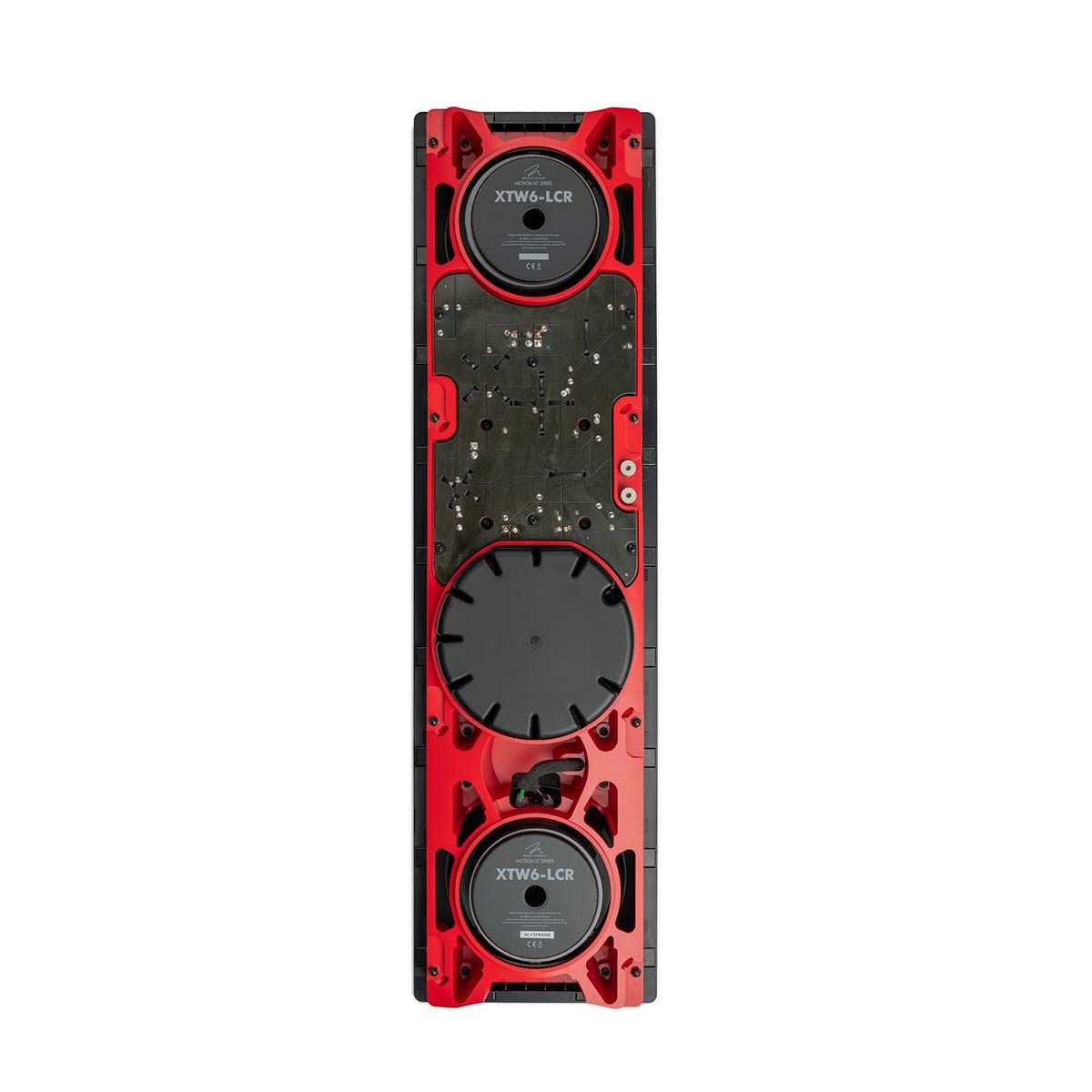 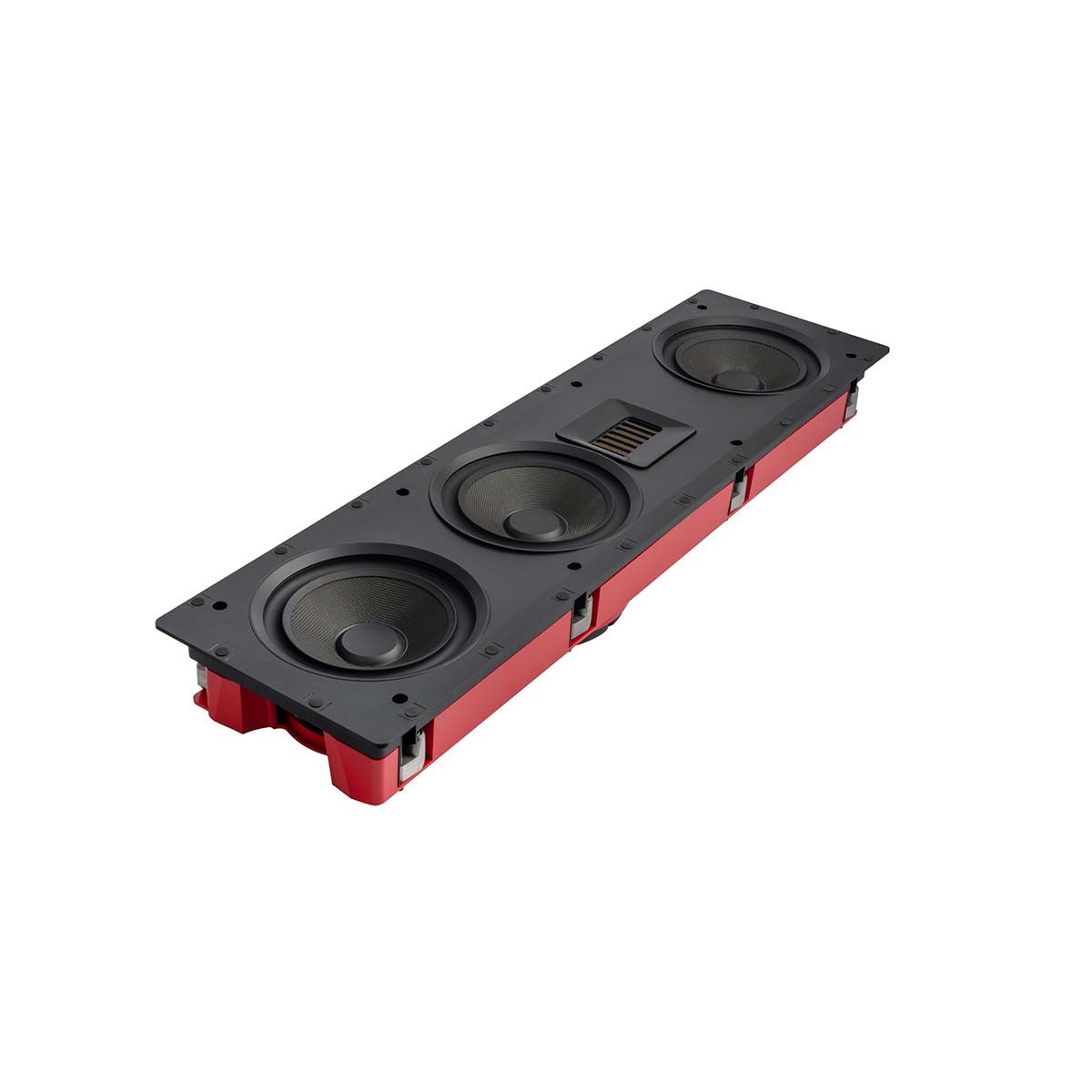 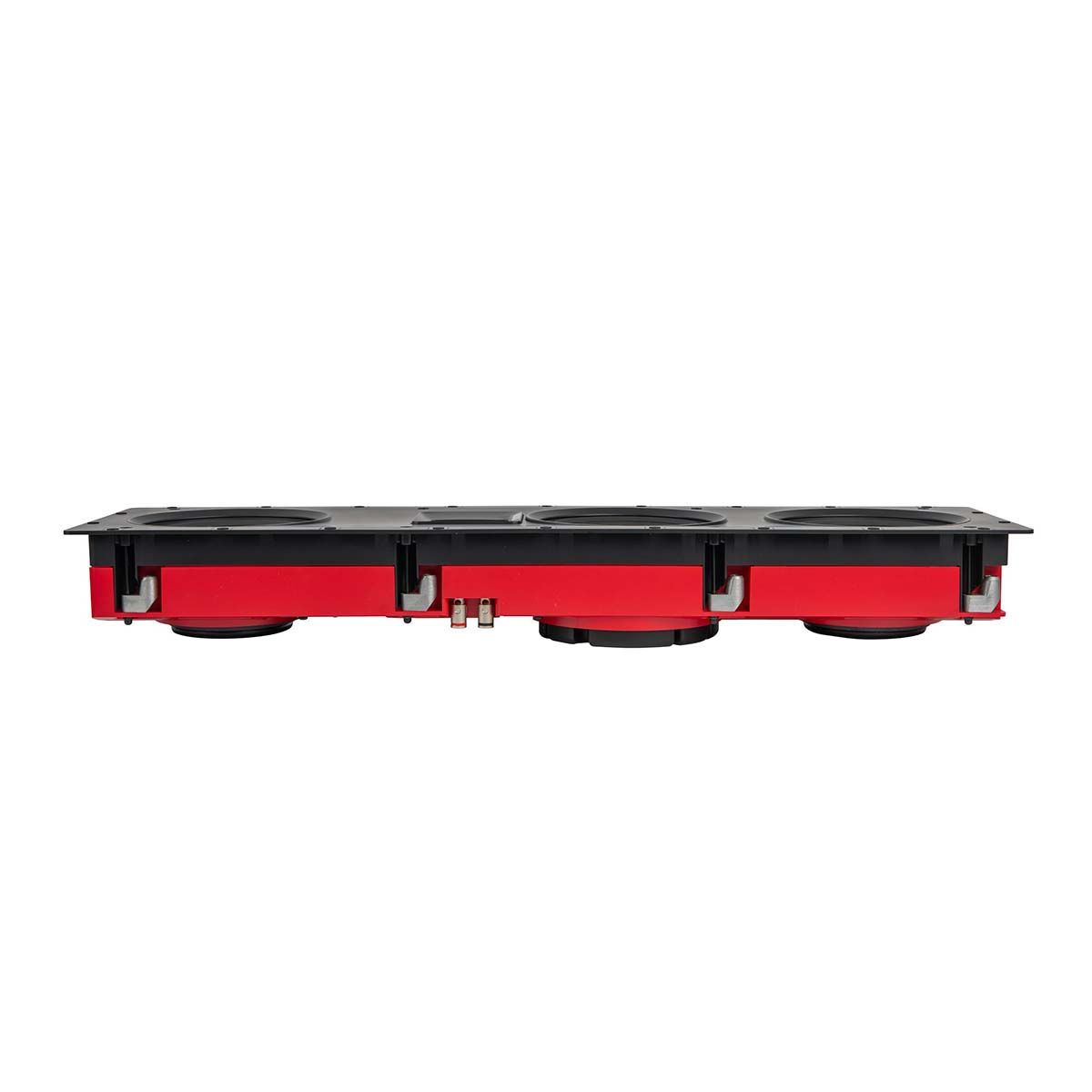 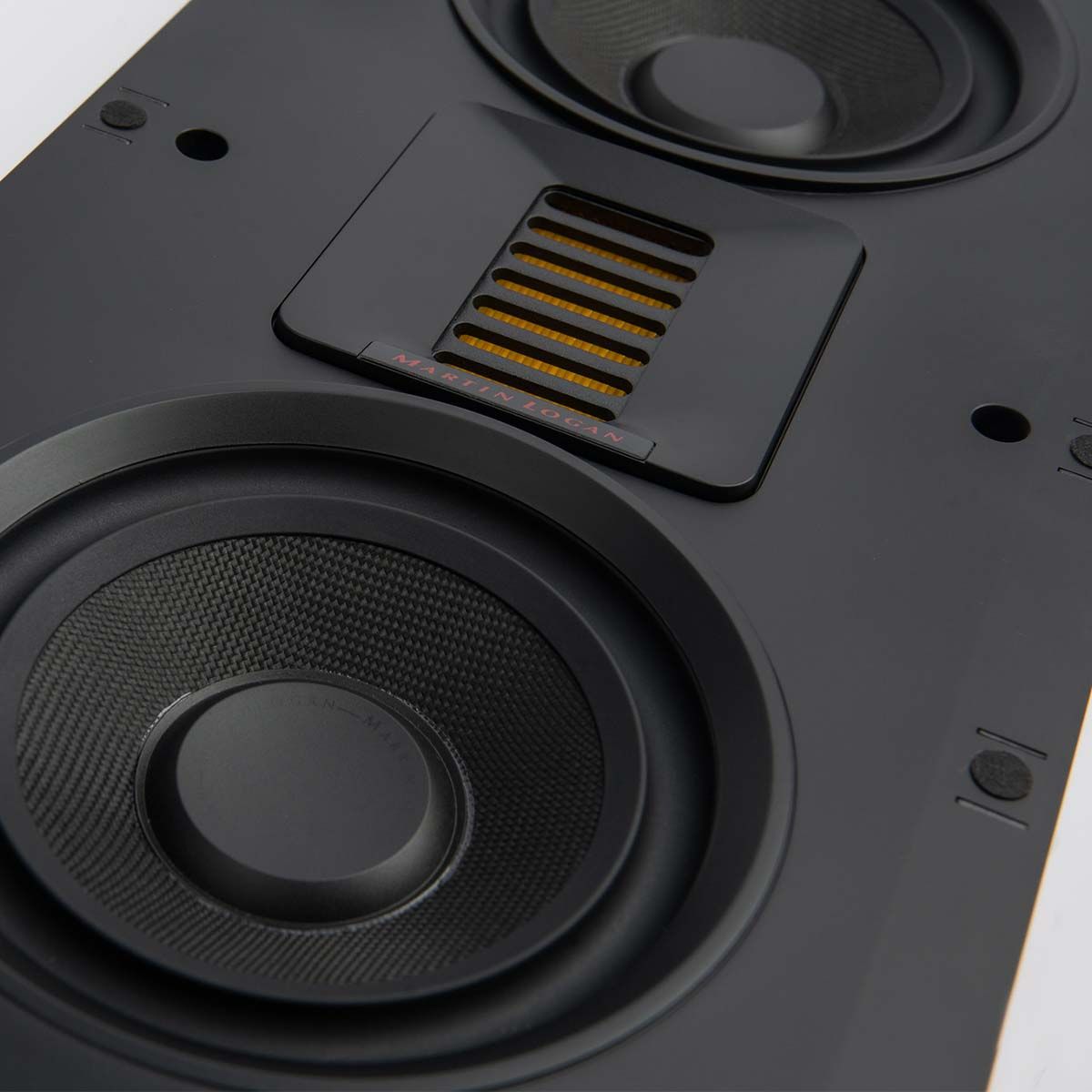 Overview
The largest “LCR” model in the Motion XT CI series includes a unique feature that brings its performance level up even higher. In addition to the FMT XT tweeter, and dual 6.5” woven Kevlar Nomex-backed bass drivers, the XTW6-LCR has a dedicated 6.5” midrange driver that brings its acoustic performance to the same level as a traditional floorstanding speaker. With a rotating tweeter housing, the XTW6-LCR can be used horizontally when needed and is the perfect choice for systems desiring a higher level of performance without the large footprint of a tower speaker.

The MartinLogan Motion XT CI series takes performance to the next level over Motion CI. The Folded Motion XT tweeter gives each model in the Motion XT series even more of the clarity, output, and efficiency that the standard size FMT is famous for. With Motion XT, we wanted to increase all aspects of performance over the Motion series, so we didn’t just stop at the tweeter. All Motion XT models feature woven Kevlar woofers for increased rigidity and lightness as well as a special Nomex layer on the backside of the woofer material which increases clarity and realism by reducing resonance and ringing. In addition to the larger tweeter, and lighter, stronger woofers, MartinLogan’s design and engineering team has fitted the Motion XT series with a more substantial chassis to strengthen the speaker and provide a more accurate sound, similar to a better cabinet on a traditional speaker. The Nomex layer and the chassis are not something you can see after installation, but it matters to the performance of the speaker, so it matters to us. With Motion XT CI, the difference is in the details.

MartinLogan's signature Folded Motion Tweeter utilizes an extremely low-mass diaphragm that "squeezes" air, thus requiring significantly less excursion than the typical 1-inch dome tweeter. Its folded design allows for a much larger surface area (compared to that of a regular 1-inch dome tweeter), controlled dispersion characteristics, and vanishingly low distortion. It's a miracle of audio engineering that delivers much of the high-frequency detail, speed and response of a large, dynamic electrostatic panel in a small space. Folded Motion XT tweeters advance thin-film transducer technology even further with a 40% larger radiating surface and 80x30-degree controlled dispersion. This upgrade increases audible bandwidth without sacrificing detail and reduces distortion to an incredibly low level while increasing efficiency and the tweeter's already lightning-fast response time. The result is superior realism and alarming specificity that is aurally astounding, and only by MartinLogan.

This thin-film transducer design packs all the accuracy and delicacy of an electrostatic panel into a small space. Folding the dramatically lightweight film into an accordion-like structure increases the surface area, giving Folded Motion tweeters eight to ten times greater surface area than typical tweeters. This ideal combination of light and large produces superior accuracy, extended frequency bandwidth and higher output capability; all with a faster, more efficient transient response, and virtually zero distortion. In these characteristics, the Folded Motion Tweeter design can mimic the performance of a large electrostatic panel in the confines of a more traditional loudspeaker enclosure.

All Motion XT CI speakers feature very lightweight woven Kevlar cones specifically engineered to keep pace with the lightning speed of our highest performance Folded Motion Tweeter XT. While these high-performance drivers offer both increased rigidity and lightness, we took an extra step by adding a special Nomex layer on the backside of the woofer material which increases clarity and realism by reducing resonance and ringing. This layer is not something you can see after installation, but it matters to the performance of the speaker, so it matters to us. The sealed, dedicated midrange of the XTW6-LCR also allows it to resolve more detail and clarity while increasing its output capability. No matter which Motion XT CI speaker you choose for your room, rest assured they are designed to provide a consistently high level of performance and can easily be used with other MartinLogan speakers to make creating the perfect system for your unique listening space that much easier.

All MartinLogan architectural speakers feature an ultra-low profile, paintable, micro-perforated grilles with no visible bezel for a near-invisible integration into any wall or ceiling. A series of powerful magnets hidden inside the speaker quickly secure grilles into place, reducing the risk of warping or damage during installation.