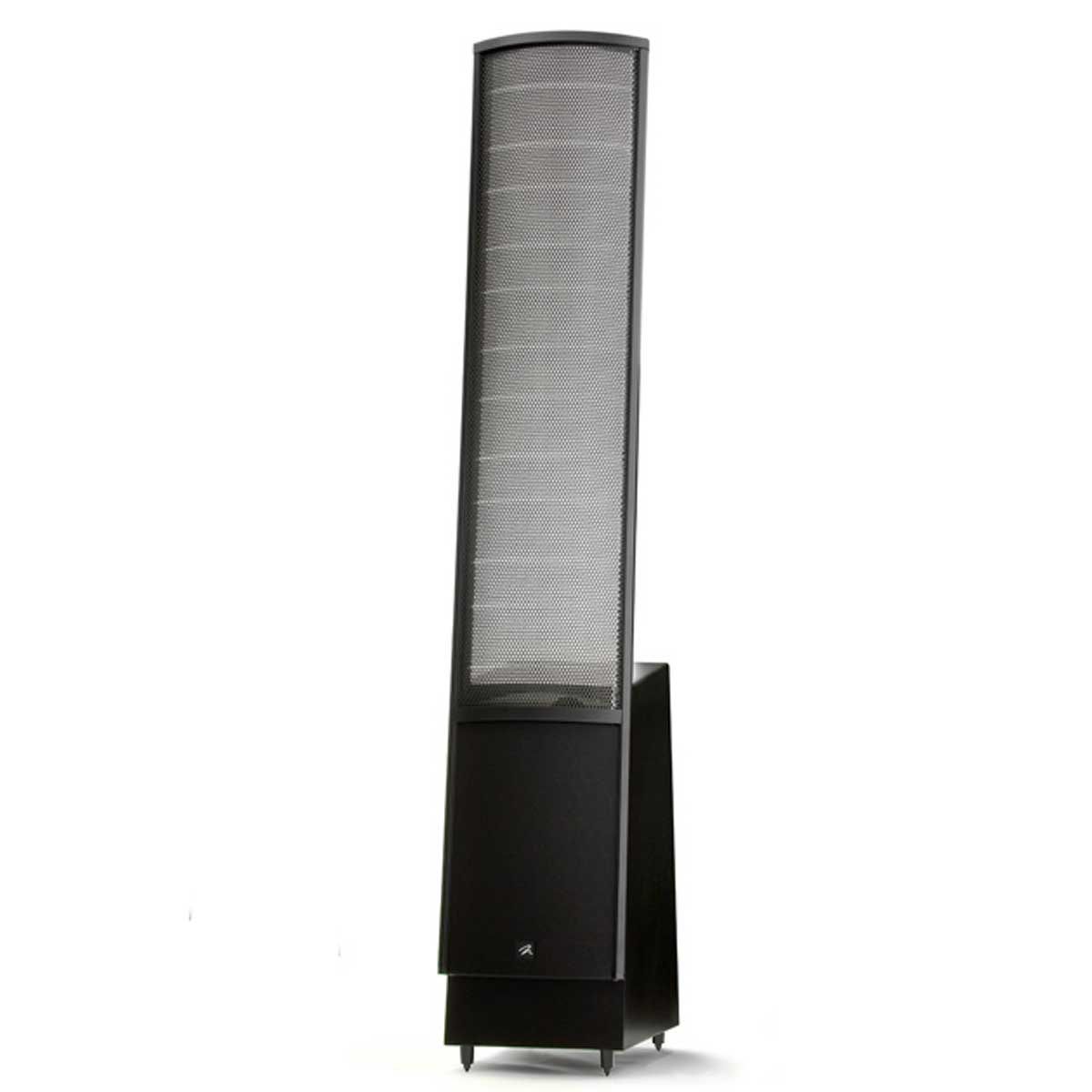 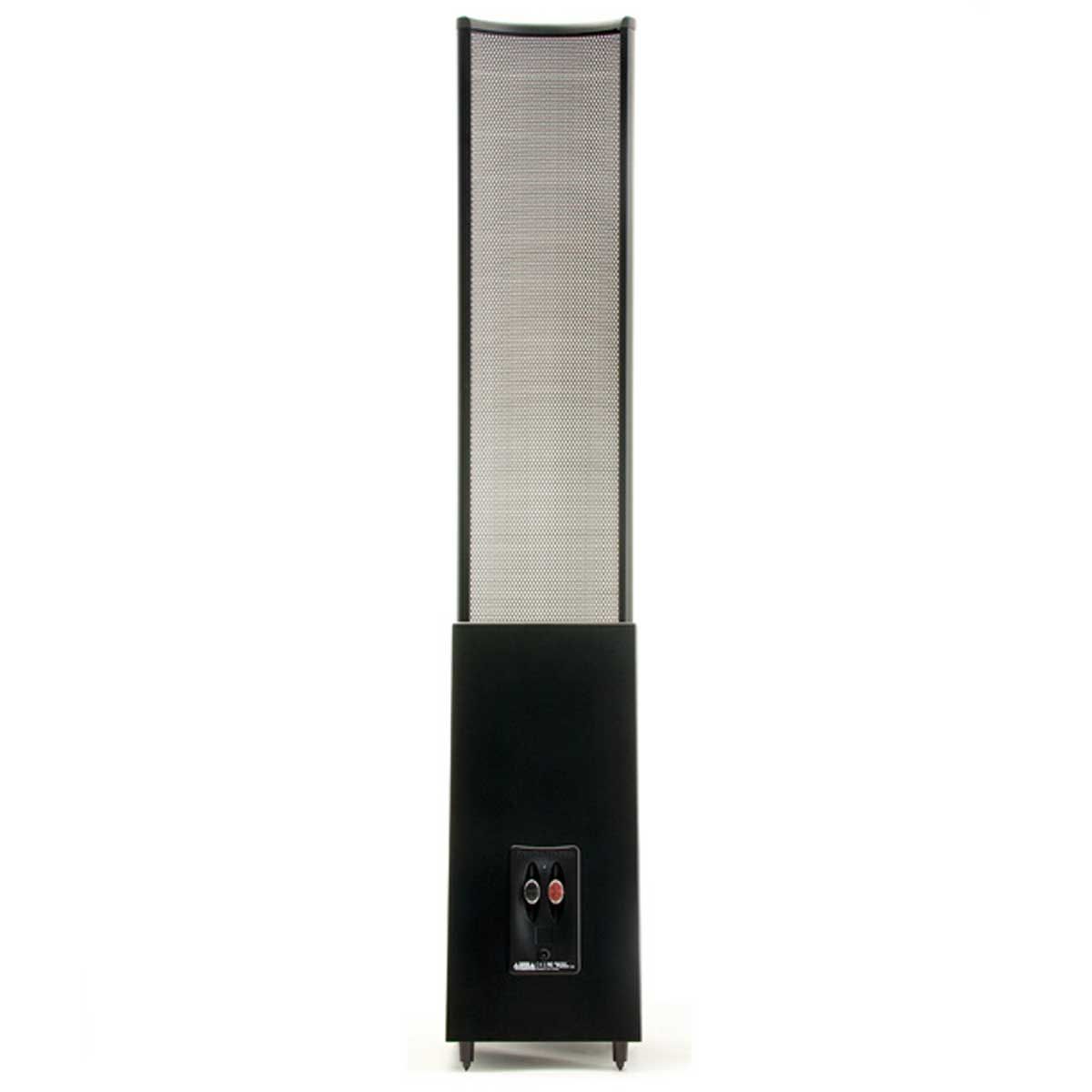 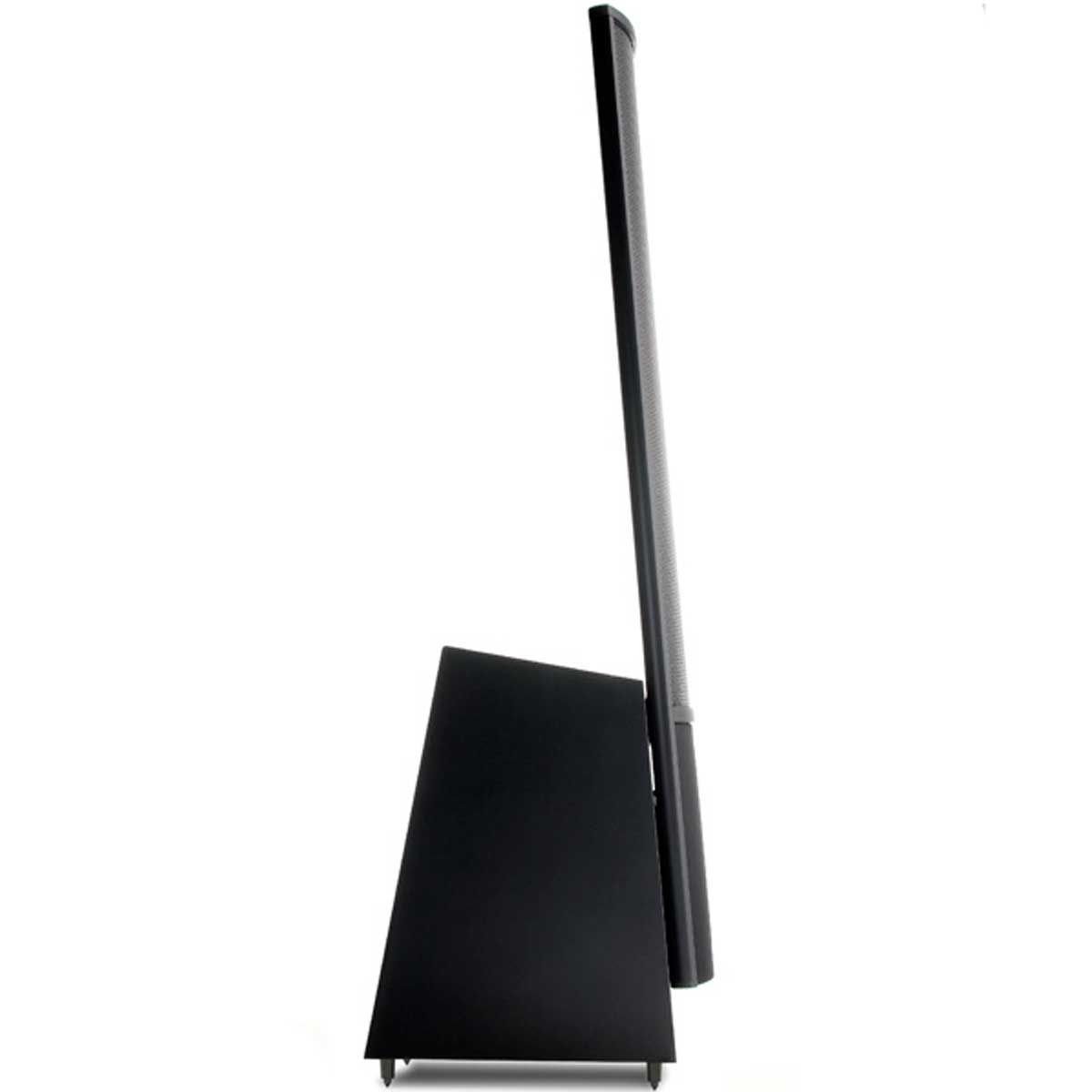 With the ElectroMotion ESL, Martin Logan has created the world's most affordable high-performance hybrid electrostatic loudspeaker, with a legendary CLS™ XStat™ transducer and an 8-inch woofer to deliver ideal home theater front/surround sound.

ElectroMotion ESL
The ElectroMotion ESL represents a bold new direction for electrostatic loudspeaker design. Featuring a full-sized 34-inch tall curvilinear XStat™ electrostatic transducer and a superbly integrated high-performance woofer, the new EM-ESL performs more like a mini-flagship than an entry level audiophile speaker. Designed for both 2-channel music enthusiasts and those seeking the worlds most articulate and dynamic multi-channel home theater systems, the EM-ESL is the most compelling 'affordable' audiophile-grade speaker ever brought to market.

The ElectroMotion ESL (EM-ESL) represents a brave new direction for electrostatic loudspeaker design. Featuring a full-sized 34-inch tall curvilinear XStat™ electrostatic transducer the new ESL performs more like a mini-flagship than an entry level audiophile speaker. Long time MartinLogan enthusiasts are sure to describe ElectroMotion ESL as the second-coming of the legendary Aerius electrostatic speaker which debuted in 1992 and went on to sell in record numbers. The new ESL, however, boasts 40 percent more radiating surface, a superbly integrated and authoritative bass performance, and a sensitivity rated at 91dB. In addition, the ESL is capable of being effortlessly powered by both receivers and high-end amplifiers alike.

ElectroMotion ESL's XStat electrostatic MicroPerf panel is housed within a radical aluminum and composite AirFrame™ similar to those found on MartinLogan's flagship products. AirFrame technology rigidifies the electrostatic panel without obstructing playable surface area or interfering with ambience enriching dipole sound radiation. At the same time, an AirFrame provides electrical and acoustical isolation, minimizing intermodulated distortion caused by vibration and resonance while enhancing imaging, low-level sonic detail, accuracy, and efficiency. MicroPerf design optimizes the individual holes of The EM-ESL's electrostatic panel. MicroPerf design substantially increases diaphragm radiating area, compared to early generations—without compromising structural integrity. The resulting increase in output capability and efficiency allows The EM-ESL's panel to enjoy a substantial leap in bandwidth and dynamics without growing larger. For example, The EM-ESL's XStat electrostatic panel features 129 square inches of sound radiating surface on both the front and back and a sensitivity of 91dB into 6 Ohms. The Aerius, well received its day, only had 93 square inches and a sensitivity of 89dB into 4 Ohms.

A unique XStat™ transducer was developed for the ElectroMotion ESL to reduce the gauge thickness of the electrostatic panel's steel stators. The reduced gauge does not alter the performance characteristics of the panel. However, as a natural byproduct of tighter build tolerances, it does increase the visual transparency of the panel. The EM-ESL's new XStat panel is so visually transparent it nearly vanishes when you're sitting and listening.

Controlled Dispersion Sound Radiation
Another key attribute of the ElectroMotion ESL is its naturally dipolar radiation pattern. A true dipole, The EM-ESL radiates sound with equal intensity from the front and back of its diaphragm, but the outputs are in opposite phase. As a result, sound waves rippling out toward the sides meet at the speaker's edge and cancel. That and the relatively large size of the ElectroMotion ESL's electrostatic panel cause output at the sides to be very low relative to that of a conventional loudspeaker, which in turn minimizes side-wall reflections that tend to muddle sonic detail and stereo imaging. While the reduction in output to the sides contributes to the astonishing clarity for which electrostats are revered, the energy reflected off the wall behind the speaker opens up and deepens the sound.

Easy Connections, Solid Adjustable Footing
Convenient push-style speaker terminals and curved inserts help guide speaker wire effortlessly into place. The rubber end caps on the terminal are also removable for the use of banana plugs instead of bare wire. The EM-ESL is supplied with sturdy, 3/8-16 ETC™ spikes, which can be used to fine tune vertical wave launch, enhance stability on thick carpets, and create tighter coupling between speaker and floor to provide a tighter and detailed bass performance. Each spike is conveniently covered by removable rubber end caps if you prefer not to use spikes.